At least Obama has been a consistent narcissist[1] over the last eight years. During his farewell address last night, he referred to himself 75 times. Talk about self-love. This wasn’t a farewell address, it was a campaign speech. He’s gearing up to community organize and be in the limelight in Chicago and DC. He will be the chief thorn in the side of Donald Trump for the next four years.

Obama does this every time he gives a speech. It’s all about him… always. He promoted the damn thing ahead of time. He said ‘I’ 33 times, ‘my’ 20 times, ‘me’ 10 times and ‘I’m’ or ‘Iv’e’ 12 times. Marxists are usually in love with themselves and their own voice, but Obama takes the cake. He covered all the wonderful things he did and what a wondrous legacy he is leaving. It’s the most horrific one this country has ever experienced and Donald Trump is already shredding it. Good. 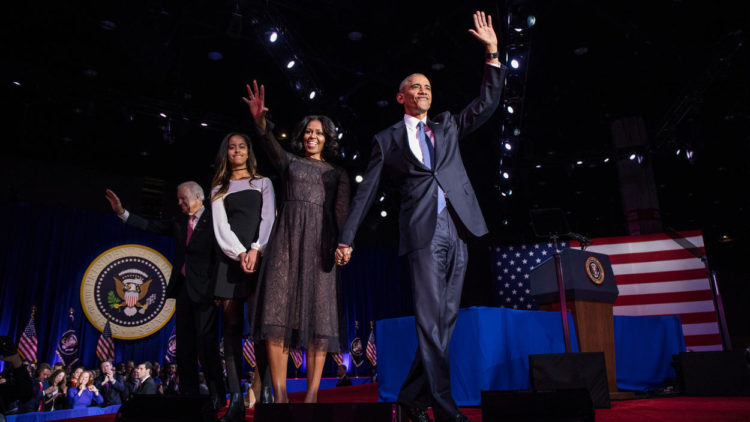 President Obama referred to himself 75 times in his farewell address Tuesday night, according to a review of his prepared remarks by The Daily Caller.

Obama heavily promoted the speech, penning a blog post[3] about it and appearing in a promotional video[4] in the days leading up to the address.

The president made a habit of focusing large chunks of his speeches on himself during his eight years in office.

Last July, for example, he mentioned himself 45 times[5] over the course of a speech given at a speech for the slain Dallas police officers.

In his blog post promoting the speech, Obama encouraged Americans to tune in “because, for me, it’s always been about you[6].”

Remember last July when he spoke concerning the brutal murder of five Dallas police officers? He referred to himself 45 freaking times. That’s just obscene. This man thinks he is starring in some glitzy show where he is the star. Well, he’s been canceled and good freaking riddance.

He says for him, it’s always been about you. Bwa ha ha ha ha HA! Not unless what’s yours is mine and what’s mine is mine is how he defines that. That speech last night was a divisive one, blaming everything on the right and soothing the left. This isn’t a transition for Trump, this is a declaration of war by Obama. I just keep telling myself… nine more days. Just hang on. 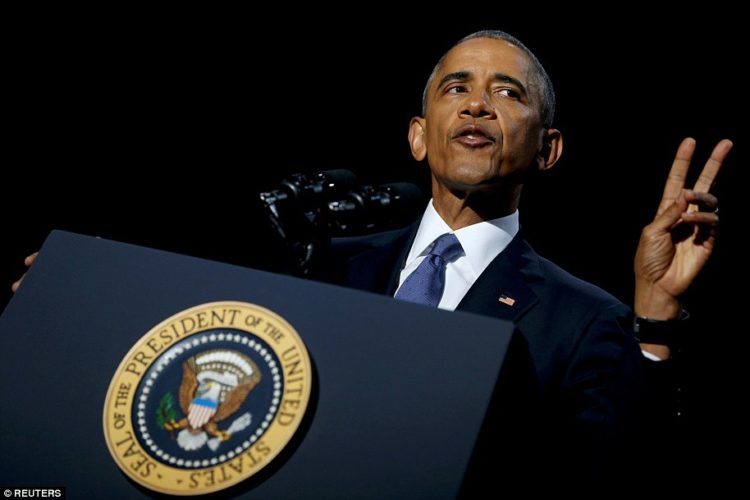