This is a tough question. Who is the worst president of them all since World War II? It’s funny that we choose World War II as a starting point because there were plenty of awful presidents before that too, but I digress. 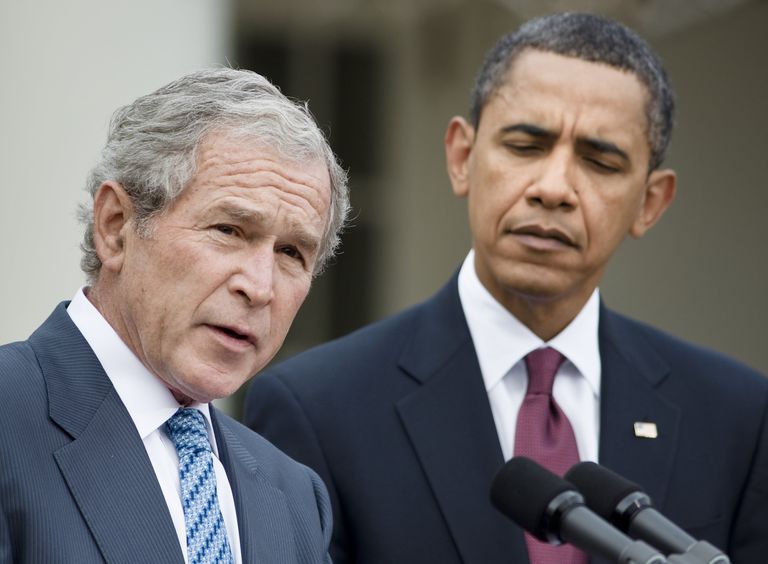 Like I said, this is such a hard poll. I would be foaming at the mouth to lambaste each and every one of these psychopaths. I think every president since George Washington has been just awful, with maybe the exception of Calvin Coolidge. So, trying to pick just one that is more awful than the rest is pretty tough.

This was the task taken by Quinnipiac University. They issued a poll asking who was the worst president since World War II. The winner? Barack Hussein Obama.

I know, I know it’s pretty shocking. Recency bias almost certainly played a part, but who can blame these people for responding this way? He was truly an awful president. Or maybe this just shows that we are still a racist country. I kid, I kid.

“President Obama has topped predecessor George W. Bush in another poll, but not one he would like.

“‘Over the span of 69 years of American history and 12 presidencies, President Barack Obama finds himself with President George W. Bush at the bottom of the popularity barrel,’ said Tim Malloy, assistant director of the Quinnipiac University Poll.

“Of course, Obama and Bush are the most recent presidents; historians will tell you that it takes decades to truly measure an individual president’s performance.

“The Quinnipiac poll also reports that 45% believe the nation would be better off had Mitt Romney defeated Obama in the 2012 presidential election; 38% say the country would be worse off with a Romney presidency.”

That’s not much confidence in the great divider, Rhetorician-in-Chief, Jesus incarnate, Obama.

While this is a fun thought exercise, it just seems to confirm something we all know is true: buyer’s remorse. We always regret our decisions and the presidency is no different. It’s time to dismantle the federal government, so we longer have to think about a new supposed savior every four years. No one is going to solve your problems for you. You need to do that yourself.

I have too much faith in the common man. People are blaming Republicans[2] for the increase in healthcare costs and people are styling themselves “resistance” fighters against the President because they were told to by their cool friends. It’s tribal warfare out there, stay safe.

How would you rank the worst presidents in history? Obama ranks right up there with the worst of them for me and for a lot of Americans. Remember all the lies he told about Obamacare? That alone, for me, ranks him pretty high.