Republican Congressman: Obama Has Stirred Up: “Racial Tension And Violence.”

Under Barack Obama, the Justice Department treats cases differently based on whether whites or blacks are involved and Obama has personally chosen to insert himself into the Henry Louis Gates and Trayvon Martin incidents in a way that has ratcheted up tension instead of cooling it down. There’s also no question that accusing anyone who opposes Obama’s agenda of racism is a core part of the Democrat strategy. That’s something Obama approves of or he would have taken steps to stop it. That’s the main difference between Obama and someone like Al Sharpton. Al Sharpton will call you a racist while Obama will just tacitly encourage his supporters to do it on his behalf. Of course, Obama has also demonized successful businesses, the wealthy, and conservatives while supporting the violent and lawless Occupy movement. 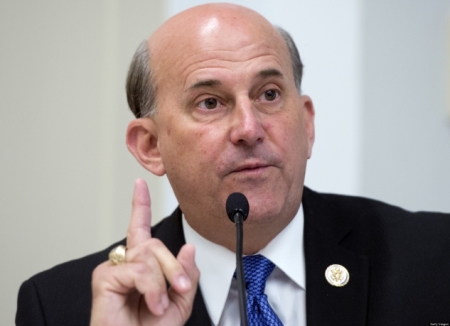 So, Republican Congressman Louie Gohmert was only being truthful when he said[2] the following on Steve Malzberg’s show,

“Of course we know that this president and this administration has done more to stir up racial tension and violence than any administration since, you know, the sixties. I thought that we were going to have a post-racial president and he’s become the president of division, of envy, of jealousy.”

Liberals don’t do “post-racial” and the only kind of “bipartisanship” and “unity” they bring to the table is the sort where the master and the servant are on the same page, because the master commands and the servant obeys. On the other hand, liberals are all about division, envy and jealousy because they can only thrive by encouraging hatred and turning people against each other. Sometimes they’re subtle about it and sometimes they’re obvious, but it doesn’t matter if they campaign on “hope” and “change,” modern liberalism is what it is.