You’ve heard the talking heads go on and on about the sequester, but all it really does is force the government to make a very slight decrease in its rate of growth. In other words, even under the sequester, we’re going to be spending a lot more this year than we did last year and so on and so on until the country goes broke and we all end up eating stone soup and telling our kids stories about the good old days before Obama got into office. 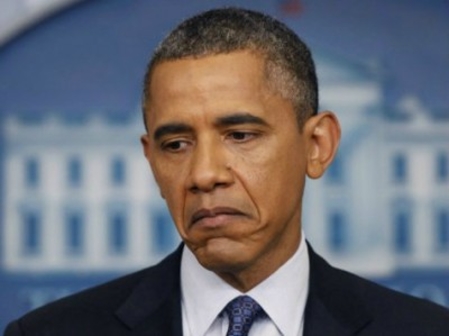 Yet and still, even these tiny, insignificant cuts were too much for Obama to take, so instead of cutting the endless amount of waste in government, he’s been playing games with the American people. He’s cut off White House tours, Blue Angel Shows have been cancelled and in Obama’s most despicable move yet, he decided to deliberately create travel delays across the country[2].

In an attempt to pressure the American people into demanding a reversal of the insignificant sequester cuts, the FAA started furloughing its air traffic controllers for one day out of every 10 days. Naturally, that produced long delays for air travelers who weren’t happy about it and weren’t shy about letting Congress know that.

Additionally for once, Republicans didn’t back off either. They noted that this is a stunt and that one of the last places the FAA should be cutting its budget is air traffic controllers.

Well, the polling on this issue must have been terrible for the Democrats because they’ve buckled at the knees[3].

A bill that would end the Federal Aviation Administration’s furlough on air traffic controllers is now on its way to President Obama to sign.

On Thursday night, the Senate passed the legislation after most lawmakers had left the Capitol for a weeklong vacation.

This is what happens when the Republican Party stands together and fights to do the right thing for the American people instead of fragmenting, attacking its base, or pandering to the media. Also, more importantly, it proves something everyone who’s paying attention knew already: Obama’s intentionally painful sequester cuts are nothing but a scam.