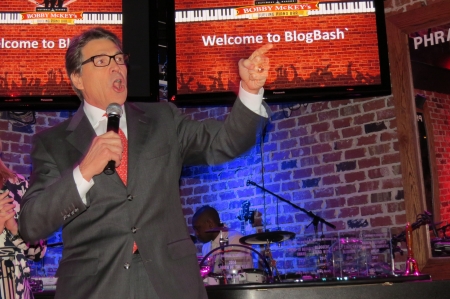 “I was a bit troubled today by the tone of the: president,” he began, speaking at the: Republican Governors Association: Feb. 24.

Perry was describing a meeting at the White House earlier that day between several governors and President Obama.

“When you have governors, and we all compete against each other – we are the laboratories of innovation – and for the President of the United States to look Democrat and Republican governors in the eye and say, ‘I do not trust you to make decisions in your state about issues of education, about transportation infrastructure,’ – and that is really troubling,” he said.
Perry expressed his own fears regarding Environmental Protection Agency restrictions choking off America’s energy production and a possible reduction in his state’s national guard.

“As a matter of fact, he [Obama] said at that meeting, he said, ‘If I hear any of you pushing back, making statements about Washington spends too much money, you’ll hear from me,” he said, adding, “I’m highly offended by that.”