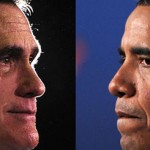 [1]In Ohio, voting machines are changing a vote cast for Mitt Romney to Barack Obama.

Maybe that is what the “progressive” Democratic Party needs to combat lower voter turnout for the Democratic ticket.

For “progressive” Democrats and their much heralded ground game, which in early voting has not been as effective as advertised, perhaps their real problem is that more voters trust Mitt Romney to break gridlock in Washington DC.

Polls have consistently shown that the enthusiasm, which was so strong for “progressive” Democrats in 2008, has switched sides. The Tea Party generated momentum and enthusiasm that appeared in 2010 has carried over into 2012 and is working in favor of Romney/Ryan and the Republicans.

Perhaps that two thirds of the meager number of jobs created during Obama’s four years in office having gone to both legal and illegal immigrants is the problem.

Said Steven A. Camarota, research director at The Center for Immigration Studies:

“It’s extraordinary that most of the employment growth in the last four years has gone to the foreign-born, but what’s even more extraordinary is the issue has not even come up during a presidential election that is so focused on jobs.”

Obama’s record on the economy is dismal, which is why he and his campaign team have focused so much energy and invested so much money in attempts to distract voters away from the economy and the tens of millions of Americans who cannot find a decent job to much more important matters like big bird, binders and bayonets.

According to Obama, David Axelrod and other “progressive” Democrats, women far less concerned with a lack of jobs, the price of groceries, escalating energy prices and economic uncertainty than they are with receiving $120 a year worth of birth control pills from the government.

There is more news for “progressive” Democrats.

The latest surge in financial support and months of spending restraint means the Republican National Committee is flush with cash- $68 million as of Oct. 17th.

That is nearly seven times what the Democratic National Committee has left.

The cash on hand difference allows Romney to ramp up the scale of his campaign in the final days, spending far more heavily on ads, mailers and telemarketers. This reinforces the momentum Romney has enjoyed since the first presidential debate on October 3rd.

Republicans started making a play for Pennsylvania this week, forcing “progressive” Democrats to spend their dwindling resources in response.

The new Pennsylvania push is a sign that Obama’s candidacy is waning and Romney is on the rise.