Romney Should Not Back Down 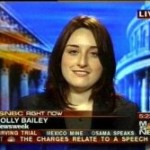 [1]Leave it to the “progressive” Party Pravda (in the form of Holly Bailey and Yahoo News), on precisely the morning they desperately need to change the subject, to magically stumble across a Mitt Romney quote recorded at a closed-door fundraiser earlier this year.

This is a typical “progressive” tactic used to distract attention away from the Obama damaging, bogus explanation for anti-American violence occurring across the Middle East.:  A completely implausible explanation created by the White House and propagated by America’s so-called mainstream news media.

Aiming to reinforce the false “progressive” narrative that Romney is an out of touch rich guy, Baily wears her “progressive” bias openly.:  : She begins her “news story” with:

“Mitt Romney stood by his comments captured on a hidden camera at a closed-door fundraiser earlier this year in which he called supporters of President Barack Obama “victims” and said they are reliant on government handouts.

In a hastily arranged news conference Monday night, he called his words “off the cuff” and “not elegantly stated,” but given several opportunities to back off the comments, he did not.”

Note Baily’s use of the words “hastily arranged news conference”, an example of propagating the phony meme that Romney’s campaign is disorganized.

These cherry picked comments also further the manufactured “progressive” notion that whenever Romney opens his mouth, whatever he says is a gaff, or is “not elegantly stated”.

What Romney said was: 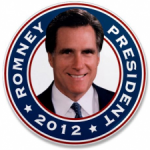 Romney continued his remarks by stating his job as candidate was “not to worry about those people.”

Any fair minded individual capable of grasping electoral reality comprehends why Romney would say his job as candidate is not to worry about going after voters who common sense dictates will vote for Obama.

By the same rationale, Obama would not choose to waste his time chasing after Tea Party votes.

Common sense and logic seem to be vital elements missing in “progressive” “news” stories.:  Instead, the “progressives” focused on smearing Mitt Romney for simply speaking the truth.

It is the truth that 47 percent of Americans pay no income tax.:  The “progressive” “defense” against this fact is to say those people do pay payroll taxes, sales taxes, etc.:  Unfortunately for “progressives”, the hole in their “defense” is; the people who do pay income tax pay all those other taxes too.

It is true that people in America who pay no income tax are not going to be motivated by a candidate who promises lower taxes.:  Why would they care about tax rates that have zero effect on them?

There are an unacceptable number of people in America who are dependent upon government.:  Many, if not most, see themselves as victims.:  They believe they are “entitled” to “free” healthcare, food stamps, “affordable housing” and welfare payments.:  They are being taught by the big-government centrally planned Department of Education that government’s job is to take care of them.

Those who remain unconvinced can watch the official full length version of the Tides Foundation production of “The Story of Stuff”.

It is quite interesting, how the Tide Foundation, funded by George Soros, just happens to be a huge proponent of “progressive” propaganda.:  Not surprisingly, whenever “progressive” actions and/or propaganda come full circle George Soros and his ill-gotten billions always seem to be involved.

Romney is not just running against the Obama campaign.:  He is running against Obama, the media, Hollywood, academia, George Soros and anyone else who propagates the anti-American “progressive” narrative.

You can bet all the money owed for unpaid American college loans that “progressives” will whine about the Koch brothers.