White House Press Secretary Sarah Sanders was on a tear on Twitter yesterday. She shredded former President Barack Obama with some white-hot criticism that he more than had coming. She bluntly said that Obama did not deserve any credit for the apparent improvement in the economy. And he doesn’t. He laughably tried to claim last week that despite “resistance at every step of the way,” his administration’s efforts to fight climate change resulted in a better economy. “As we took these actions, we saw the U.S. economy grow consistently,” Obama said. “We saw the longest streak of job creation in American history by far — a streak that still continues, by the way.” He then had the nerve to add: “Thanks Obama.” And then he winked to the crowd. That’s the biggest load of bull feces I have ever heard.

Trump deserves the credit for the improvement in the economy, not Obama. I know a lot of people who were unemployed the whole time Obama was in office. He had us in a quasi-depression. There were no jobs for eight long years. Under President Trump that has finally started turning around. The stock market is up 30 percent and over 1,000 manufacturing jobs have been created. Businesses are coming back to the US again and Trump is about to slash taxes that will not only create a ton of new jobs, but will cause the economy to boom even more. Obama was the only president to not experience any form of job growth during his time in office. Give me a freaking break. 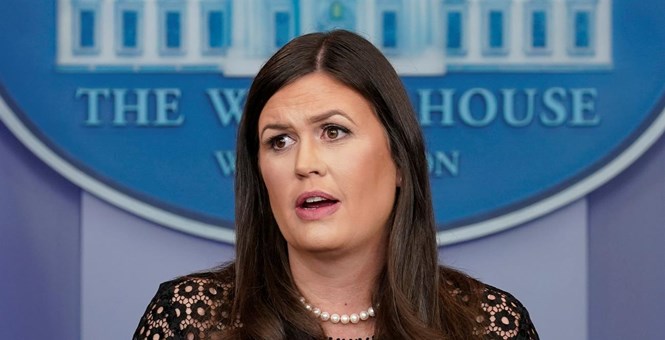 Many critics of Trump predicted doom and gloom when he came into office. They said the economy would crash and unemployment would surge even more. Liberal New York Times columnist Paul Krugman predicted economic ruin with no end in sight under the new president. Specifically, he said that the markets would “never recover” thanks to Trump. Krugman is a socialist who is far more wrong than right anymore. He was definitely wrong on this one.

“It really does now look like President Donald J. Trump, and markets are plunging. When might we expect them to recover? If the question is when markets will recover, a first-pass answer is never,” he wrote. “We are very probably looking at a global recession, with no end in sight. I suppose we could get lucky somehow. But on economics, as on everything else, a terrible thing has just happened.” That was a major ‘fail’ and a lie on Krugman’s part. I don’t think we’ve heard from him much since then.

Since the election "the jobless rate for African Americans dropped from 8% to 7.3%, while for Hispanics it fell from 5.7% to 4.7%…and with Trump's big tax cuts on the way, job growth isn't likely to end soon -more good news for all Americans." -Investor's Business Daily

Some of this can be explained by the baby boomer generation retiring. But that doesn’t account for anywhere near all of it. While the number of people above age 65 climbed by 14.3 million over the past 17 years, the population not in the labor force swelled by 25 million. But again, most of the unemployment can be laid at the feet of Barack Obama. Trump’s deregulation and tax cuts are improving things in the economy, but the damage done by Obama was more massive than most realize.

Can't make it up: Obama now wants credit for the booming Trump economy. At least we can all agree the economy is better under President Trump.