In Obama’s nutty administration, I guess you have to pass bills BEFORE you get to know what is in the. Ground Control to Major Obama: Get your head out of the clouds, for a moment. You already tried this trick with Obamacare – or did you think that we had forgotten? Yea, we didn’t. You think that we will be complacent to let you just take our second amendment rights away? That, buster, is definitely not in the cards:[1] 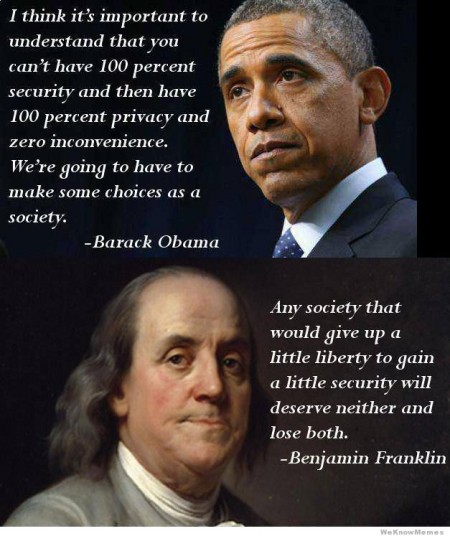 Will UN-style gun control be rammed down our throats?

This anti-gun wish list could be part of the secret trade agreement that President Obama is getting ready to spring on the Congress.

This trade pact is called “fast track,” and what it means is that Obama can write any form of gun control he chooses into a trade agreement — import bans, amnesty, etc.

And this agreement DOESN’T need two-thirds vote in the Senate, as a treaty would. When completed, the agreement is merely subject to a majority vote in both Houses … it can’t be filibustered … it can’t be amended … and the GOP can’t refuse to consider it.

Reports have already surfaced that the TOP SECRET draft contains a whole chapter with a European Union-style provision allowing unlimited migration from Mexico into the United States. This would fulfill Obama’s dream — which he begun with Executive Amnesty — to import millions of new anti-gun (liberal) voters into the country.

Of course, we can’t quote for you any of the language in the Trans-Pacific Partnership agreement because the document is TOP SECRET. Obama won’t reveal it, even to most congressmen, until Congress has given it its imprimatur by allowing it to pass under fast track procedures.

If you want to hear the details of the Trans-Pacific Partnership trade deal the Obama administration is hoping to pass, you’ve got to be a member of Congress, and you’ve got to go to classified briefings and leave your staff and cellphone at the door.

If you’re a [congressional] member who wants to read the text, you’ve got to go to a room in the basement of the Capitol Visitor Center and be handed it one section at a time, watched over as you read, and forced to hand over any notes you make before leaving.

And no matter what, you can’t discuss the details of what you’ve read.

What kind of game is this that they are running, exactly? This is some preschool crap like rounded scissors. These are adults, elected to pass laws that we presume they will have a chance to read in some sort of open forum. Confining people and not even allowing notes? Ridiculous.

Truly, even more than with ObamaCare, this is a case of “You have to pass it to find out what’s in it.”