Seven Years of Barack Obama in One Crazy Cartoon

I love this cartoon![1] It depicts Barack Obama doing the Tango while the world burns. Too true. Obama got miffed at a reporter who asked him about his ISIS strategy… specifically on how it is failing and has Brussels caused him to rethink it. Nope. He claims ISIS is his top priority. That may be true as the man simply has no priorities. Except maybe to vacation, golf and schmooze his way across the globe. Obama is saying that ISIS does not pose an existential threat to America. Well, he may not think so, but ISIS has other ideas about that. Obama’s words will be of great comfort as bombs go off and more Americans die in the streets. I’d say that’s pretty ‘existential’ for them, wouldn’t you? 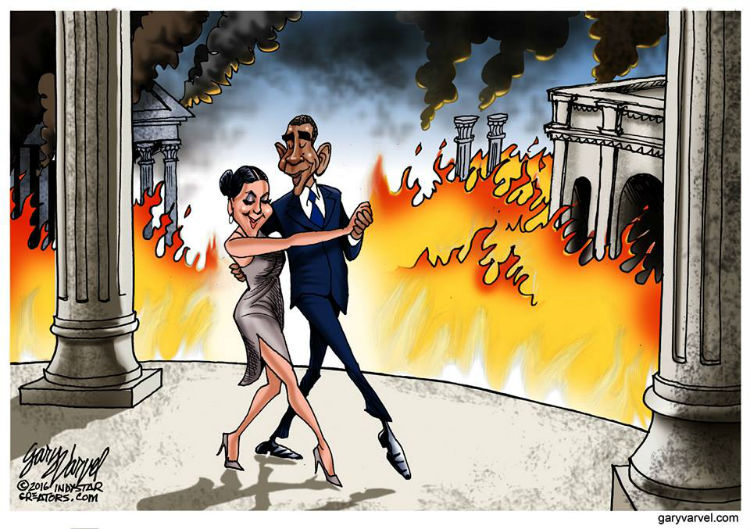 Robert Gehl[3] reports Barack Obama was dismissive of the threat ISIS posed, saying he has a lot on his plate, so can’t he go back to his South American tour, please?

Talking to reporters Wednesday, Obama said the terrorist attacks in Brussels did not demonstrate that the Islamic State posed an “existential threat” to national security.

“I addressed this issue a little bit at the baseball game when I was interviewed by ESPN,” the president explained, “but let me reiterate: Groups like ISIL can’t destroy us. They can’t defeat us,” he said, the Washington Free Beacon is reporting[4]. “They can’t produce anything. They’re not an existential threat to us.”

Obama says all this with a straight face while he’s at a baseball game with murderous dictators doing The Wave and yucking it up. He spent 51 seconds addressing the butchery in Brussels that killed four Americans and wounded nine others. He couldn’t be bothered to return to America to ensure her safety or to even go to Brussels to address the terrorist attack there. Oh no… instead, he attended a baseball game in Cuba, Tangoed in Argentina and took Two Air Force Ones to go for a hike in the Andes. Out of touch doesn’t quite cover it. Treasonous comes much closer. We are hearing that waves of Jihadists have been dispatched to Europe – somewhere between 400 and 5,000 of them. ISIS released a video of the Eiffel Tower blowing up. Belgium’s nuclear plants are on high alert as a guard is murdered and his pass is stolen. ISIS claims to have fighters working at our airports. But Obama just can’t be bothered. He’s only the president of the most powerful nation on earth… dancing while the world burns. It’s what he’s done from the beginning. 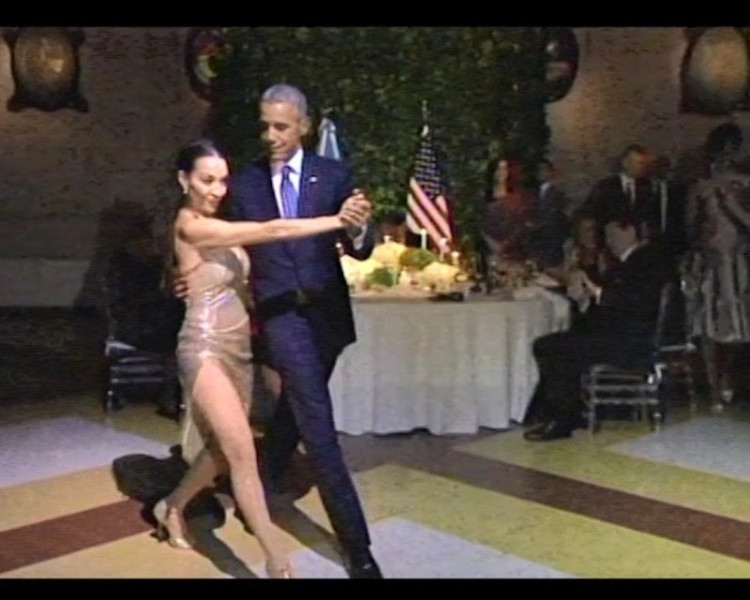