It’s not often that people describe Obama as successful or the best at anything. Sheriff David Clarke did though, noting that Obama succeeded magnificently at his three disastrous objectives and that the best part of his presidency is that it’s finally ending. 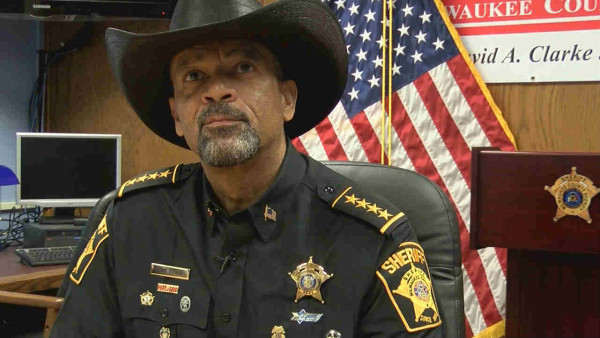 Milwaukee County Sheriff David Clarke doesn’t believe a single word President Barack Obama uttered during his interview with Chris Wallace on “Fox News Sunday,” telling Fox’s Steve Doocy on Monday that Obama had three objectives when he entered the White House in 2009, none of which was to be a unifier.

Those objectives, Clarke alleged on “Fox & Friends” Monday morning, were to “destroy American exceptionalism, obliterate the U.S. Constitution and eradicate the Republican Party.”

“He’s done pretty well with those three objectives, but he’s done nothing else for the American people,” Clarke said. “We used to be the envy of the world before he became president, but I don’t think that that’s the case anymore.”

Clarke added that Obama is “disconnected from reality” and is not respected by other world leaders, even the ones who say they respect him, such as Israeli Prime Minister Benjamin Netanyahu.

“The best thing about the Obama presidency right now is that it’s coming to an end, and America’s nightmare will be over,” Clarke went on to say. “We’ll be able to pick up the ruins left by him and put this country back together again.”

As usual, he hit the nail right on the head. But if we elect someone like Hillary Clinton or Donald Trump, we will only extend the nightmare, instead of rebuilding from it.