We had heard previously[1] that the FBI got a hold of one email/memo from the Russian hackers that was damning. In it, Loretta Lynch said she would literally do anything to protect Hillary Clinton from legal prosecution. She would make sure the FBI did not go ‘too far’. Why the hell is she still walking around? How much evidence do you need to prove she was complicit in Hillary’s email scandal and corruption? This is an admission of guilt and Comey did nothing. I don’t care if she was his boss, he could have gone after her over this. Just as he should have charged Clinton, Abedin and Weiner with violations of the Espionage Act.

James Comey should be removed as the head of the FBI. He is not fit to serve. He’s more concerned with pleasing politicians than he is in doing his job. Just imagine all the things that Lynch covered up. I predicted she would be worse than Eric Holder and she did not disappoint in that regard. Comey did not reveal who sent the email or who received it. It was obviously someone close to Clinton. He felt boxed in by his boss… but there comes a time when you choose between your job and honor. He chose poorly. 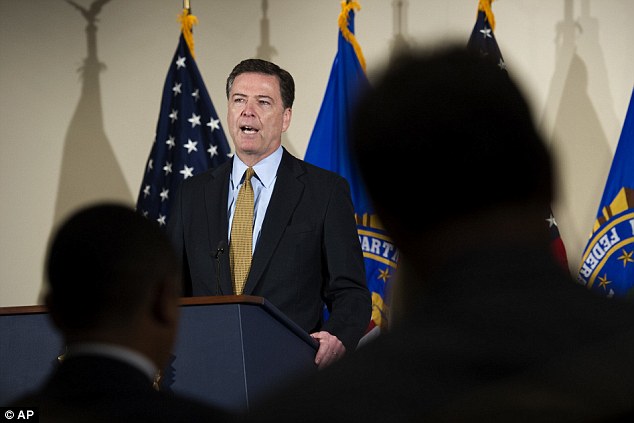 Many people are saying this is the biggest news to come out of the hearing with FBI director James Comey.

The FBI obtained an email that Russian hackers had. The email indicated that former DOJ Loretta Lynch, who was nothing but an Obama crony, would do everything she could to protect Hillary from prosecution. This is the smoking gun that points to corruption in the Obama Administration with Hillary Clinton to the highest order.

We’ve already known it, now we have proof.

From the Right Scoop[3]:

Of course Comey wouldn’t reveal who sent the email and to whom it was sent. But it sounds like it was sent from someone who worked closely with Lynch, and sent to someone who was very worried about Clinton going down in flames, probably someone very close to Clinton.

At the end of the segment, Herridge pointed out that Comey suggested he was boxed in by Lynch and here is what she’s talking about:

I don’t think he’s just talking about the meeting Lynch had with Bill Clinton. It sounds like she boxed him in – in more ways that just that meeting. If that new email is any indication, she very likely coerced him directly, pushing him to play the ‘no intent’ defense for Clinton and her aides.

It sounds to me as if Lynch had dirt on Comey and was making him play nice. She made sure that Comey handled the FBI going after Clinton. Loretta Lynch is guilty of obstruction of justice here and should be charged with that crime. And while you are at it, don’t forget Obama’s involvement in all of this. He gave the orders and these people carried them out. I’ve lost track of how many laws Obama has broken and the times he was guilty of treasonous activities. His administration is the most corrupt and unethical in American history. The biggest crime of all is that we let them get away with it.

Fox News reporter Catherine Herridge said that this was one of the biggest headlines out of the hearing with the FBI director and she is right. This is the smoking gun people should be focusing on. This and the fact that Comey admitted that Huma Abedin sent thousands of classified emails to her perv hubby. No one should be above the law. All of these people should be charged and be held accountable for their actions. As more and more of this comes out, it’s going to shock Americans just how dirty all of it was. It will be historic.