Should a Special Prosecutor be appointed to investigate Obama’s criminal behavior?

I think it is a very valid question[1] to ask if Barack Obama’s spying on American citizens during his time in office was worse than Watergate. I consider it to be massively worse. It was ongoing and not limited to one event and yet Obama has not been called to task for it at all… yet. A series of subpoenas[2] were just issued by the House to former high-ranking members of the Obama administration for improper unmasking. Those include Susan Rice, John Brennan and Samantha Power. But you’d never know it… ABC, CBS and other leftist media outlets are deliberately ignoring it and keep screeching Russia over Trump.

I’m all for a Special Prosecutor being appointed to investigate Obama’s spying and criminal misdeeds. Watergate was a single event, very limited in scope. Obama’s spying spans eight years. In 2011, the NSA and Obama were smacked for unmasking thousands of Americans and violating their Fourth Amendment rights. They pinky-swore they would stop and fix their methods. Instead, they double downed and got far, far, far worse. Secret courts, secret warrants and secretive methods were employed… all illegally and unethically. It makes Watergate look like child’s play. 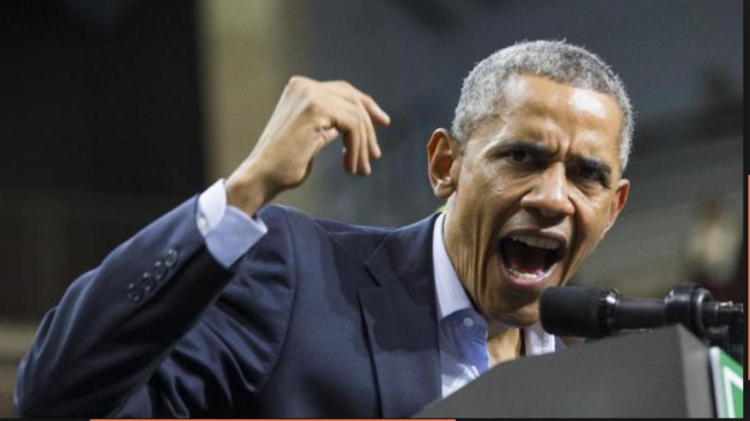 In 1972, some employees of President Nixon’s re-election committee were caught when they broke into the Democratic National Committee headquarters[4] to plant a bug. This led to Nixon’s resignation and probably would have led to his felony prosecution had he not been pardoned by his successor, Gerald Ford.

But if a single bugging of the political opposition is enough to bring down a presidency — and maybe lead to an unprecedented criminal prosecution of a former president — then what are we to make of the recently unveiled Obama administration program of massively spying on political opponents in violation of clearly established law?

Because that’s what was unveiled last week.

A single bugging brought down the Nixon administration. How is it that the bugging of thousands of Americans was just allowed to ‘slide’? Corruption is the word here and it has become endemic in our political system. Obama and his minions must be held accountable for this and I pray the DOJ will follow through and nail them on all of this. It has to be stopped or it will destroy our government and our country.

There are supposed to be strict safeguards on who can access the private information of American citizens and on how it can be used by our government. The NSA is forbidden by law from engaging in domestic spying. These safeguards were ignored wholesale under the Obama administration and to many Republicans, it is no coincidence that intelligence leaks damaged Democrats’ political opponents in the 2016 election. Our intelligence agencies were weaponized under Obama. I have come to the conclusion that the intelligence agencies now need to be entirely gutted and rebooted for the survival of the rule of law, our constitutional rights and the Republic. 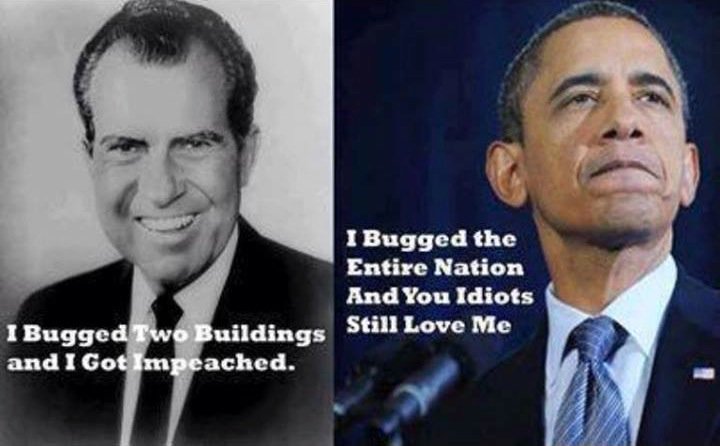