The Author Of The Patriot Act: Obama’s Spying On The American People Isn’t Legal

The way Barack Obama is abusing the Patriot Act Is Orwellian, unconstitutional and should not stand. The same administration that is persecuting its political opponents with the IRS certainly can’t be trusted with sensitive private data on every American. If it hasn’t been abused already, it certainly will be eventually. 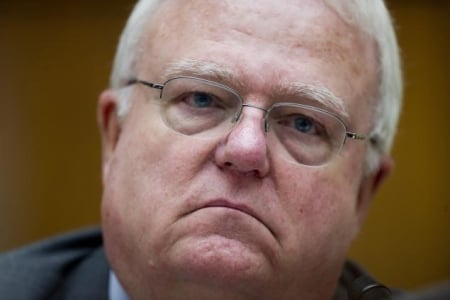 That’s why even the author of the Patriot Act doesn’t support what Obama is doing[2].

We’ve gotten used to what “Big Government” looks like — Washington’s unchecked deficit spending, the Obama administration’s policing of the press and the IRS’s targeting of conservative groups. But the problem is bigger than we thought. “Big Brother” is watching. And he is monitoring the phone calls and digital communications of every American, as well as of any foreigners who make or receive calls to or from the United States.

Last week, the Guardian reported that the Obama administration is collecting records of every call made to, from or within the US, as well as records of many digital communications. President Obama has tried to deflect criticism by claiming “every member of Congress has been briefed on this program.” While some members of Congress were briefed — particularly those on the intelligence committees — most, including myself, were not.

The administration claims authority to sift through details of our private lives because the Patriot Act says that it can. I disagree. I authored the Patriot Act, and this is an abuse of that law.

When the man who wrote the Patriot Act says the law doesn’t authorize what Obama is doing, calls it an abuse of the law and says it’s unconstituional, people’s ears should perk up. Incidentally, he’s right on all counts and the sooner this abuse ends, the better.