The Centers For Disease Control: You Have A Better Chance Of Getting A Sexually Transmitted Disease Than A Job Under Obama

If you’re sitting beside of two other people, look left and then look right. Chances are, one of those two people has a venereal infection. Alternately, if you’re sitting next to two former Jersey Shore cast members or Anthony Weiner and Bill Clinton, then chances are that both of the people have infections. 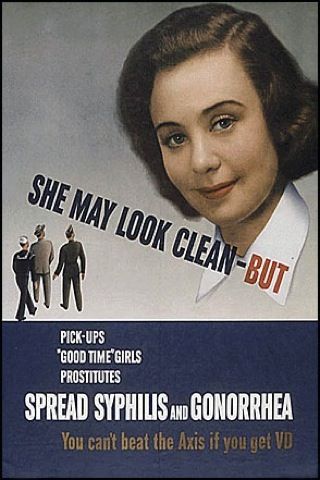 [1] Is getting a venereal infection really all that common? Oh yes, indeed. In fact, it’s much more common than people realize. According to the latest numbers from the federal Centers for Disease Control and Prevention, there are 110,197,000 Americans with (STIs). That’s more than a third of the population.

Worse yet, the number of Americans with sexually transmitted infections are skyrocketing. In the last year they have data available for, which is 2008, there were 19.7 million new (STIs). Just as a point of comparison, in September of last year, there had only been a net increase of 300,000 non-farm payroll jobs since Obama became President.

So, under Barack Obama, you’re much more likely to get a sexually transmitted infection than a job.