The Number of PhD Grads on Welfare Triples Thanks to Obama

A skyrocketing number of PhD grads on welfare[1]? Well, that is change. 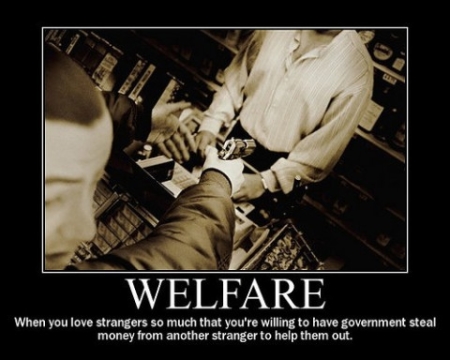 Things are so bad that even people with graduate degrees are having a rough time finding work.
In fact, PhD grads on welfare have tripled from 2007 to 2011.

And just how many folks with graduate degrees are currently living off government assistance? The Chronicle article throws out some remarkable statistics:

The percentage of graduate-degree holders who receive food stamps or some other aid more than doubled between 2007 and 2010.

During that three-year period, the number of people with master’s degrees who received food stamps and other aid climbed from 101,682 to 293,029, and the number of people with Ph.D.’s who received assistance rose from 9,776 to 33,655, according to tabulations of microdata done by Austin Nichols, a senior researcher with the Urban Institute. He drew on figures from the 2008 and 2011 Current Population Surveys done by the U.S. Census Bureau and the U.S. Bureau of Labor…

Imagine spending 8 years in school and going deep into debt, just so you can end up on food stamps.