Immortals… they fail our king’s test. And a man who fancies himself a god feels a very human chill crawl up his spine. — Dilios

The other day, I linked[3] to Bookworm Room’s excellent post[4] comparing Ted Cruz to King Leonidas of 300. And indeed, as Leonidas did, Cruz is making his stand. Not only by filibuster, but by action and deed. A President who fancies himself a god, does indeed feel a very human chill crawl up his spine. That trickle he feels is the Tea Party rising. 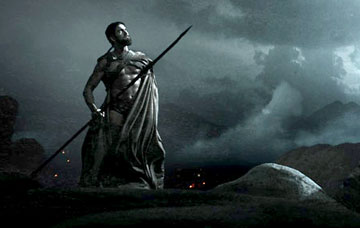 And the President is not alone. Americans have had enough of the spineless, Progressive cowards on the right. From WND[5]:

WASHINGTON – Following the epic, 21-hour speech by Sen. Ted Cruz, R-Texas, supporting the defunding of Obamacare, either voters made so many calls to establishment Republicans that their phone lines melted, or those GOP leaders took their phones off the hook.

Even in this age of digital wizardry and limitless voicemail, callers could not get through at all to Sen. Minority Leader Mitch McConnell, R-Ky.

A message said the senator was experiencing a high volume of calls and directed members of the public to call back later or visit his website.

It was the same story with the man who was the face of the GOP in the 2008 elections, former GOP presidential candidate Sen. John McCain, R-Ariz.

His phone was off the hook, too. Callers got a message stating his voicemail box was full.

The Arizona senator apparently had other matters on his mind during the Cruz speech, tweeting, “Final episode of #Broadchurch tonight — one of the most entertaining shows on TV right now.”

Oh, we see the problem alright. And that problem spans both sides of the political aisle and has ‘elitist’ written all over it. No one points it out better than Ann Coulter[6]:

Obamacare is an unmitigated disaster.

It was passed illegally without the House ever voting on the Senate bill and became law absent a single Republican vote – even “the girls from Maine” and “the girl from Arizona” – the only major legislation ever enacted on a strict party-line vote. The Supreme Court had to violate the Constitution’s separation of powers to uphold Obamacare as a “tax” – despite the fact that no elected body could ever have enacted such a massive tax hike even with the sleazy parliamentary tricks used to pass this bill.

Proving that everyone hates it, Congress has now exempted itself from Obamacare’s provisions, having asked for, and received, a waiver from President Obama.

Yes, these are the exact same politicians who lecture us that Obamacare is “the law of the land!” (So are our immigration laws.) The same ones who huffily announce that the Supreme Court upheld it! (The court also upheld the First Amendment in Citizens United, but that doesn’t stop Obama from demanding Congress overturn the First Amendment.) They are the same sanctimonious frauds who tell us that Obamacare is “the right thing to do!”

Those guys waived Obamacare for themselves. If national health care is so great, why don’t they want it?

The Progressive Right despises regular Americans. They feel, as do the Leftists, that they are above us. Better and smarter than us. Case in point — Peter King[7]:

Rep. Peter King, who has pulled no punches in criticizing Ted Cruz, said Thursday that supporters of the Texas senator have been bombarding his office with “vile” phone calls.

The New York Republican has called Cruz a fraud for his calls to defund Obamacare, and said the senator’s campaign this summer to get the House to pass a government funding bill that defunds the health care law led to some offensive phone calls to King’s office.

Awww… Did the itty, bitty Progressive on the Right get his feelings hurt? Does he feel dirty having to deal with Conservatives and the Tea Party? You sir, are what is vile and what is wrong with our political system. You are the fraud, not Cruz. Prepare to get a whole lot more offended King. We’re just getting warmed up.

Ted Cruz was speaking for Americans — in defense of Americans, our rights and our way of life. He was doing what he was sent there to do. He did the right thing, the courageous thing, the American thing.

Stand tall and fight in the shade America. Obamacare may become a fact of life, but our fight has just begun. Can’t you just feel the earth shake in DC as the Senate’s Leonidas calls American Spartans to battle? 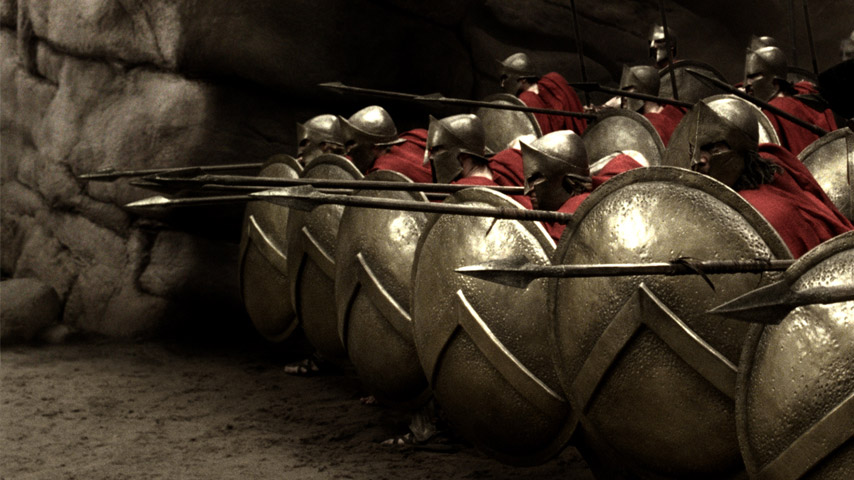