Funny… I thought MLK was a Christian[1], not a Muslim. So, Jeh Johnson hearts MPAC, an organization known to have deep terrorist ties, and proclaims that quotes from MLK and passages from the Quran are synonymous. Then he receives an award from MPAC. Nothing to see here – no ties between Islam, terrorism and Homeland Security headed by Jeh Johnson. Nope we’re all good – not. This is the apologist who stated that ISIL was neither Islamic nor a state. No… you are right… they’re more of a region now since they control more than 10 states. 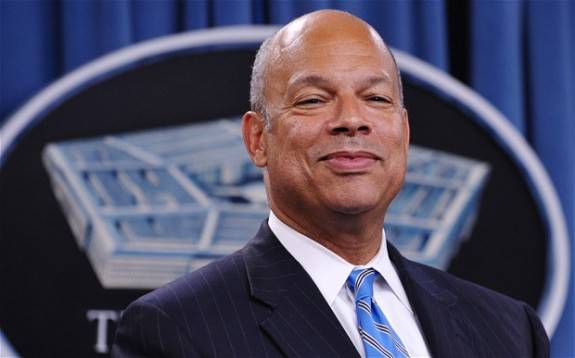 Because nothing is more American than Shariah Law.

Jeh Johnson received an award from MPAC on Monday. 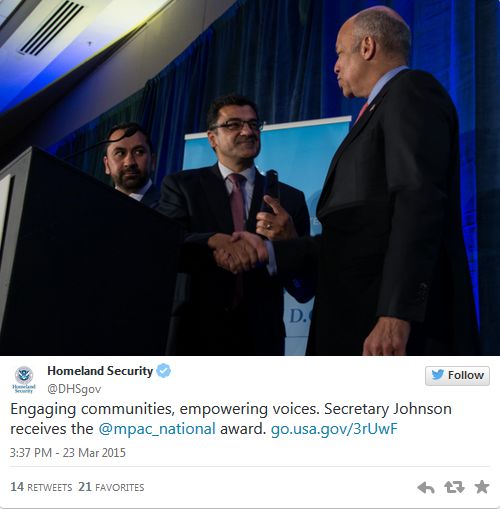 Secretary of Homeland Security Jeh Johnson visited the Islamic Center of San Gabriel[4] in November to discuss civil rights and liberties with area Muslims. Johnson told the group, “ISIL is neither Islamic nor a state.”

Because, you know, Sharia Law is such an American value. Just like beheadings, female genital mutilation, crucifixion, stonings, cutting off hands and other parts and on and on are. I guess Johnson is just reading the Quran for kicks. Right. Say, you all wouldn’t be enemies within, would ya? This is also the guy that said with every new wave of immigrants, America becomes more American. He probably misspoke and meant ‘Islamic.’ And just exactly what else in the Quran reminds Secretary Johnson of “quintessentially American values”? Hmmm. Just one more thing… MPAC has a long history with the Muslim Brotherood[5], Obama’s best buds.