Trey Gowdy Is On The WARPATH – Just Put Out This WARNING To WH Leakers!

We all love Trey Gowdy and why is that? Well, for starters, he speaks the truth and does so simply. Second … and this one is huge, he calls people out on their crap! 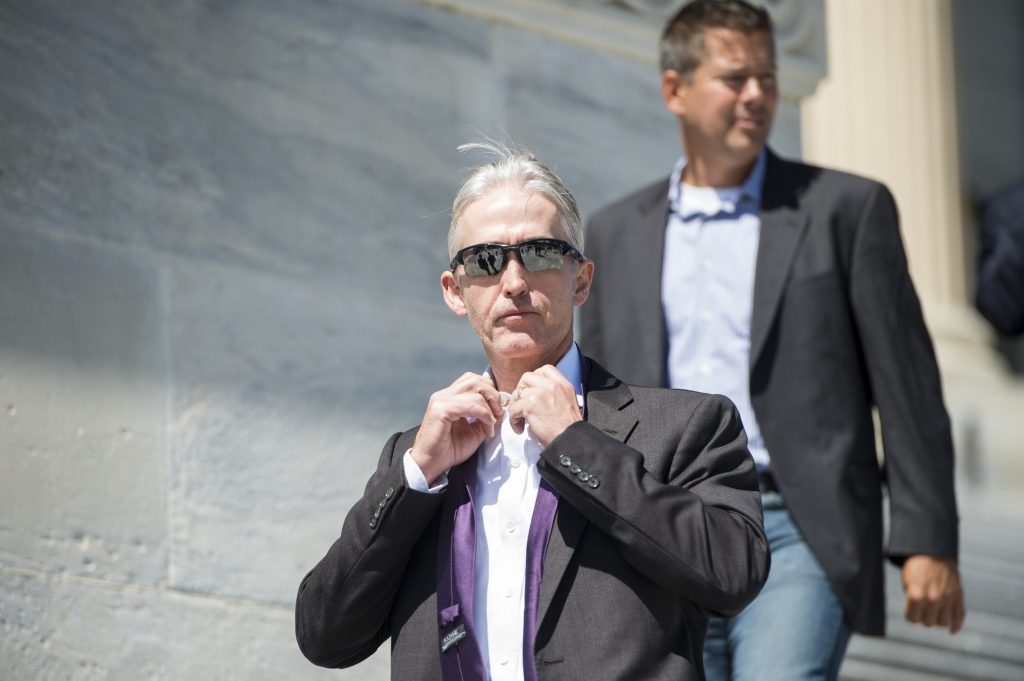 Now he’s warning everyone that continued intelligence leaks “are going to destroy” the entirety of our national security’s credibility and completely jeopardize U.S. surveillance programs[2].
He says he wished the media was far better at focusing on the ‘WHO’ is responsible for these leaks, instead of what the leaks are about. This is a very dangerous habit…

“The unnamed source is one issue and I’m going to let the media sort out whether the moral quandary that is that. I tell you what is not a moral quandary, that is printing of classified information. I will tell you this: We had a hearing yesterday on one of our surveillance programs up for reauthorization programs this year. The reauthorization of these tools that we need to keep us safe is in jeopardy if we don’t stop the leaks,” Gowdy said.

“Leaks are illegal and they are dangerous and they are deleterious to our national security,” the South Carolina Republican added.

[email protected][3]: I wish the media worked as hard to find out who is leaking classified information as they do to publish content of the leaks pic.twitter.com/8zA3xtKBOH[4]

Gowdy said he understood why the public would take an interest in leaked material, but he also stressed why people need to know it’s dangerous.

In terms of the number of people involved in leaking classified information, Gowdy believes they only make up a small group of “about 30.”

“It is a small universe of people who would have had access to the underlying conversation, any summaries, and then what ultimately wound up in The Washington Post,” Gowdy said.

“So you need to find those 30 and apply whatever pressure is necessary from a legal standpoint through your investigation because leaks are going to destroy these programs,” he added.

Back in the day, hanging was utilized to take care of those found committing treasonous acts.