Donald Trump is the front-runner for the Republican presidential nomination in part because of his remarkable boldness and a self-confidence. But more thn that, he has a real, raw quality that speaks so deeply to many Americans. But, has he gone too far?[1] 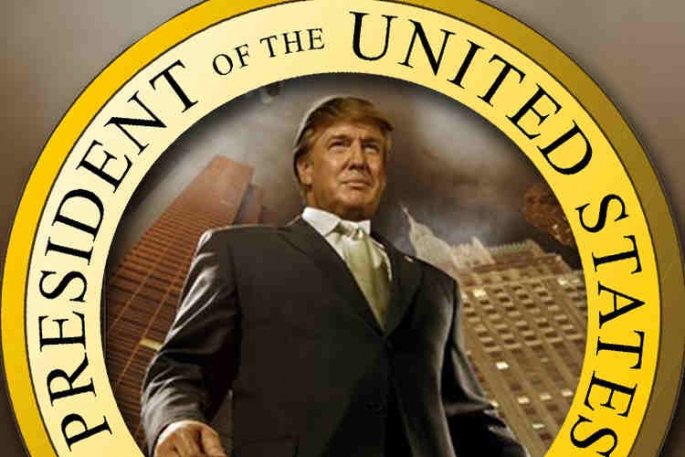 He showed this again during a phone appearance on ABC’s “This Week” on Sunday. He told host Jonathan Karl that President Barack Obama had done “absolutely nothing” for the black community.

The billionaire added that he “would win the African-American vote” in the general election if he becomes the GOP nominee.

Trump’s comments were in response to a tweet he had posted in November 2014 that said, because Obama had done such a poor job as president, “you won’t see another black president for generations.”

The billionaire admitted to Karl that he thought Obama would be “a great cheerleader” for America and “do a fabulous job” for the African-Americans, but, citing employment and income levels, he lamented that now they are in a worse condition than when Obama first took office (H/T Mediaite).

Has Trump gone too far this time by making a statement that seems so out-of-the-ordinary that he will lose support?

So far, Trump has flummoxed his opponents and the media by surging to front-runner status despite his outspokenness… a trait the media and the left say should hurt GOP candidates, not help them.

His latest comment no doubt will irritate Obama, the biased media and most black liberals, but time and time again, Trump has demonstrated his staying power on the campaign trail despite criticism from the left and, in many instances, Republican Party leaders and candidates themselves. Trump’s latest interview on “This Week” is not likely to hurt his popularity.

I do not think anything is going to hurt Trump at this point. He’s dynamic, interesting, and has real life talk for Americans. If anything, I think that his words serve as a real wake up call to the African-American community. Obama IS a disappointment. Let’s call a duck a duck, shall we? A LAME duck.