VIDEO: Friend of the Marine Vet Imprisoned in Iran Unloads on Obama: I Am Absolutely Appalled and I Am Disgusted

Anyone have any terrorists laying around that we can trade? Maybe if we do, that could spur Obama to lift a finger to help the Marine being held in Iran, a situation a friend of the Marine is saying has him appalled and disgusted. 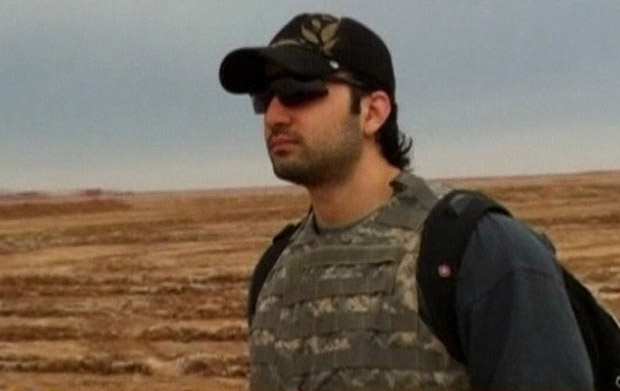 Amir Hekmati has been held in the Islamic Republic for three years on charges that he was acting as a spy. The U.S. has called such accusations “false” and called on the government to “immediately release” him. His family said he was in the country visiting relatives when he was detained.

Speaking to Fox News, friend Marine Sgt. Gabriel Justice said the last few years have been some of the most “painful” in his life.

“Amir is not just a U.S. citizen, he’s my warrior brother, a United States Marine,” Justice said. “I am absolutely appalled, and I am disgusted with our president for his lack of effort in getting him back.”

… “I don’t think that a president that can sit back and watch any U.S. citizen, yet alone a veteran, a combat veteran who has severed honorably, deployed to Iraq, put his life on the line, came back and has a president who will turn his back on him for three years, allowing him to sit in a prison, get tortured, getting drugged, getting beaten and whipped and not doing anything is just beyond me,” Justice said.

“Furthermore, adding insult to injury, moving into a negotiation with said country, sitting face to face with these people,” he continued. “His accomplice John Kerry sitting at these negotiating tables playing footsie with Iran in Switzerland while Amir is sitting there getting tortured for three and a half years I think is despicable.”

Obama doesn’t seem to care much about our military, unless he can use them for his own political advantage. And so unless someone can turn this Marine into the next Bowe Bergdahl, the chances of Obama lifting a finger to help him are slim to none.