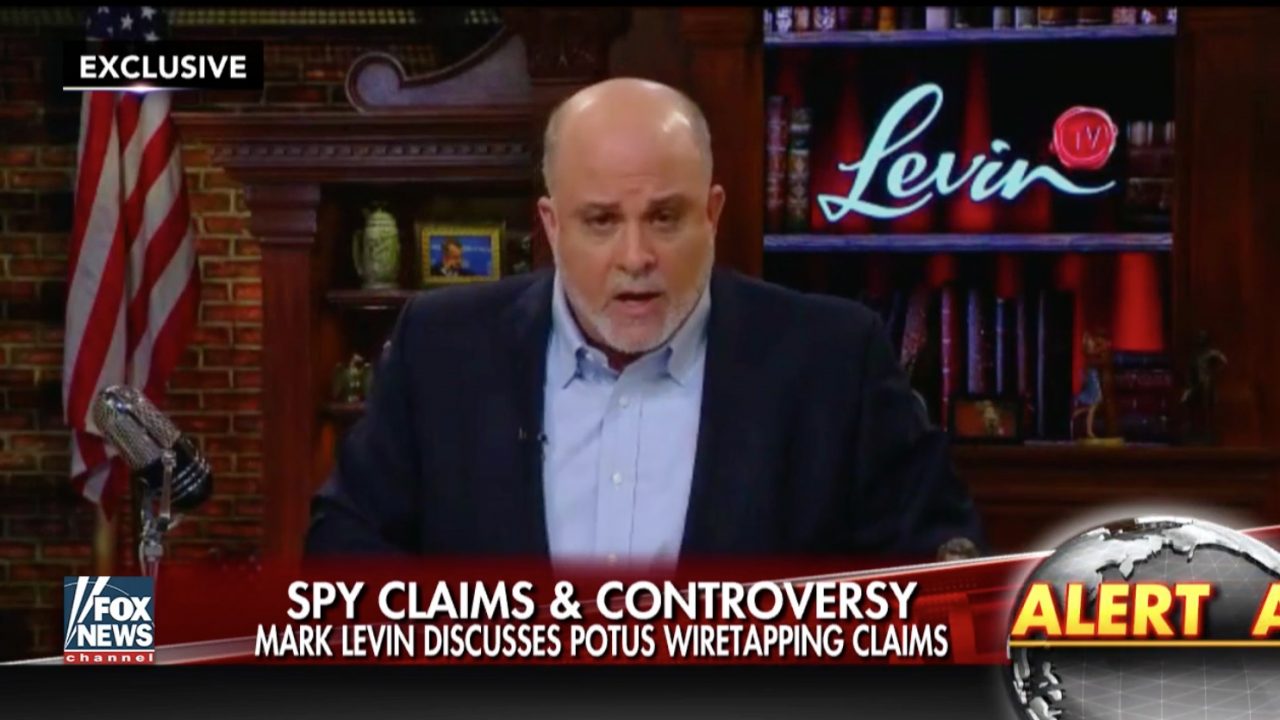 Levin spent quite a bit of the interview time, nearly half of it, laying out the evidence for why he believes Obama is at fault, including reading reports directly from the left’s mainstream media outlets like the New York Times, the Washington Post, McClatchy and the Guardian.

When Fox News host Pete Hegseth tried to push past the topic and move further into the segment, Levin wasn’t having any of it, “Hold on! Hold on! I need to make the case because the media seems to be confused about their own reporting!”

According to Levin, the evidence plainly points to Obama being guilty of the tactic:

“The issue isn’t whether the Obama administration spied on the Trump campaign or the transition or certain surrogates, the issue is the extent of it,” Levin explained.

“The evidence is overwhelming,” he went on to say.

“They were so aggressive, they waited four or five months, they go back in October, weeks before the general election, they narrow their request, all of the sudden we have leaks coming out on [Michael] Flynn. Then we have a “Oh horrible” meeting that took place between [Attorney General Jeff] Sessions and so forth. And I’m telling you as a former Chief of Staff to a United States Attorney General in the [Ronald] Reagan administration, these are police state tactics.”

“Now what did Barack Obama know? He knew everything I just read you apart from one or two articles. You wanna know how I know? It’s in the newspapers! It’s right there! So Barack Obama not only knew this, but he gets a daily intelligence briefing.”

These heavily controlled segments are not the best to layout the evidence and truth, but Levin is the one to do it, and pushes through crap to the truth.