Sean Hannity has been fearless in going after not only Hillary Clinton, but Barack Obama on the Uranium One scandal. A lot of this can be laid at the feet of the Obama administration. According to Hannity, “Barack Obama purposely manipulated the process to allow this trucking company to be the conduit by which they got the uranium out of the country.” Yep, he did. This was after the Democrats swore the uranium would never leave the US, which we all knew at the time was a blatant lie.

The Hill’s John Solomon had this to say, “Yeah, there wasn’t just one decision, we look at Uranium One and say we let them buy the mine and 20% of the ore that was being mined at that time under their control. But there was a series of decisions made by the Obama administration time and time again, between 2010 and 2012 that are incredibly favorable to Russia’s ROSATOM, the state owned nuclear energy industry, time and again these decisions are being made while the FBI knows that there is criminality going on by that company’s executives” 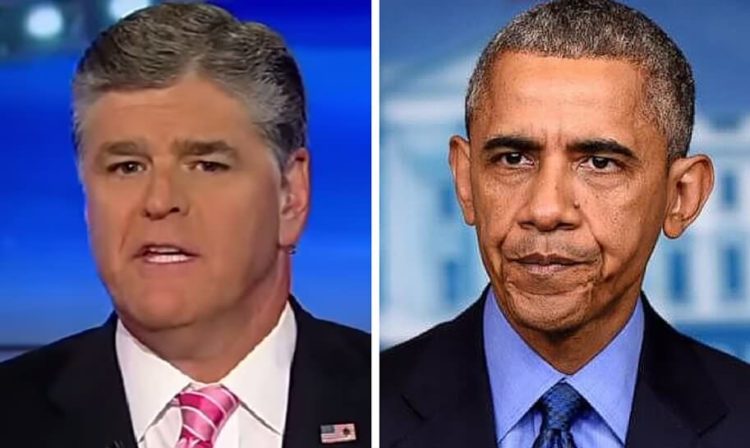 In other words, Obama was beyond flexible in regards to giving our uranium to Russia and towards getting it delivered to our biggest enemy. Uranium is critical for the development of nuclear weapons. Much like Hillary Clinton assisting Russia in setting up Skolkolvo, the Russian version of our Silicon Valley, this is treasonous on a massive scale. It should be investigated and prosecuted. Sean is right on this and it should have been done long ago. It takes corruption right into treason and Obama just figured he’d never have to answer for it.

Hannity also wanted to know about the bribery, extortion, money laundering and racketeering that both Clinton and Obama should be charged with. Solomon stated, “Yeah, kickbacks. And there’s a second thing that I’m just starting to report on now. There were concerns in the Obama administration that were very specific concerns that Russia was engaged in a Uranium scheme that it was going to get enough control of uranium, dump it on the market, drive all the prices down –” I’m not surprised in the least over that revelation.

Solomon continued, “And put all the other people out of business. Those are two legitimate national security concerns that don’t seem to have had an effect on all these give aways.” Precisely. This isn’t new for Russia. They have pulled similar stunts in acquiring gas and oil rights in Europe. Obama fell for it anyway, probably because he himself got paid off in the deal, just as Clinton did.

The FBI knew this was going on. They couldn’t ‘NOT’ have known. Which makes them complicit in corruption as well. It’s tough to stop corruption when the gatekeepers are corrupt themselves. The uranium was trucked to Canada and then went God knows where… it eventually of course wound up in Mother Russia. It’s not just Hillary Clinton that needs investigating… Obama is just as dirty and even more ‘flexible’ when it comes to the Russians.