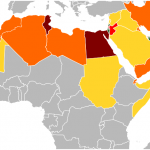 [1]of, seen or cared about?:  Why are they so obsessed with singing the praises of “a great religion” who’s leaders are the world’s leading proponent for mob violence and mass murder?

In light of the fact that North Dakota State University has been evacuated after a bomb threat, there has been an ‘unspecified’ threat at Valparaiso University, an Al Qaeda threat has shut down the University of Texas, a mob at the U.S. London embassy burned an American flag, protesters smashed windows and set fires at the U.S. embassy in Tunisia, gunfire was heard at the embassy in Sudan, clashes at the Cairo embassy continue to intensify, why is the current administration so obsessed with telling violent Islamist extremists “we’re sorry”?

As per to the UK Independent:

“According to senior diplomatic sources, the US State Department had credible information 48 hours before mobs charged the consulate in Benghazi, and the embassy in Cairo, that American missions may be targeted, but no warnings were given for diplomats to go on high alert and “lockdown”, under which movement is severely restricted….

There is growing belief that the attack was in revenge for the killing in a drone strike in Pakistan of Mohammed Hassan Qaed, an al-Qa’ida operative who was, as his nom-de-guerre Abu Yahya al-Libi suggests, from Libya, and timed for the anniversary of the 11 September attacks”

The U.S. federal government, who’s responsibility is to ensure the safety and security of America, even though they had advance warning at a time of tremendous unrest in the Islamist world, failed to protect American embassies abroad on the anniversary of the 9/11 terrorist attacks?

Now their chorus is “We’re sorry”?

Instead of trying through appeasement to make friends with those who want to kill Americans, the United States government should ensure that those who hate America at least respect American might and American resolve.

Since even before his election, Obama has sought to soft sell America to the Islamist world.:  He has followed the “progressive” approach that if America is nice enough to its enemies for long enough, its enemies will decide to like America in return. 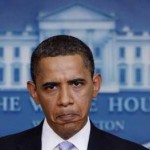 [3] mass violence has broken out in Syria, Egypt and Libya.:  In Libya four Americans have died.:  Iraq is cooperating with Iran, allowing the Iranian Islamist government to arm Syrian rebels by allowing them safe passage through Iraq. : Israel is under existential threat because Iran thumbs its nose at the world and comes ever closer to building a nuclear weapon.

The results of “progressive” foreign policies have been at the very least, unsatisfactory.

Since “progressives” believe they should be judged solely on their intent, they are incapable of understanding why America’s enemies have rejected their overtures.:  To “progressives” their being judged on the results of their policies and initiatives remains a puzzle.:  They remain mystified as to why they are being blamed for the failure of their policies.:  After all, “their intentions were good”, therefore it can’t possibly be their fault.

For so long as Barrack Hussein Obama, who’s economic, domestic and foreign policies are all designed to curtail American power and influence at home and abroad remains in the White House, the world’s perception of America will remain unchanged.