The Mayor of London, Boris Johnson[1], is not holding back on Barack Obama. He just called him a ‘part-Kenyan’ hypocrite who harbors a strong dislike of Britain. Bing, bing, bing! Give that mayor a prize. He’s exactly right. Obama hates Britain almost as much as he hates America. Finally, someone with the stones to say it. Regardless of the fact that the bust of Winston Churchill was removed to Obama’s so-called private residence instead of being returned to Britain, the message was clear. He hates the Brits. Obama has embarrassed the US massively over and over and over again. 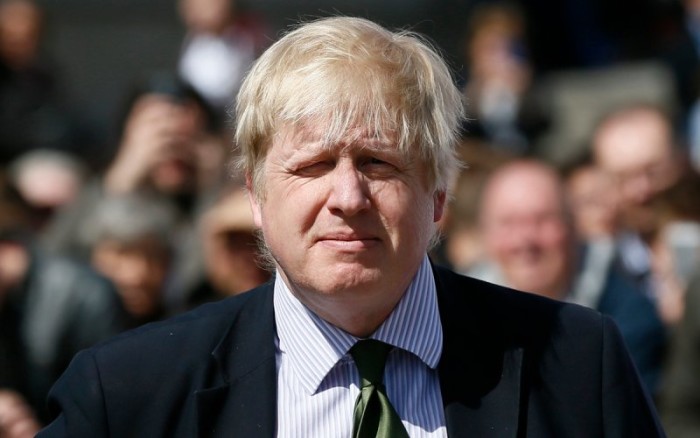 Boris Johnson has criticised the US president Barack Obama and suggested his attitude to Britain might be based on his “part-Kenyan” heritage and “ancestral dislike of the British empire”.

Writing a column for The Sun newspaper the outgoing Mayor of London recounted[3] a story about a bust of Winston Churchill purportedly being removed from White House.

I heard from a good bud in Britain this morning… how did he put it? “In other news, we have your lackluster President peddling his shite over here at the moment!” Right he is. We should keep our nose out of the fight over whether Britain stays in the EU or not. Frankly, I think they should bail and not a moment too soon. Johnson’s column comes on the day Obama visits Britain to encourage the UK to stay in the European Union. He’s expected to tell a town-hall style meeting that the EU helps the UK achieve greater opportunity and prosperity. His intervention has received push-back from some eurosceptics. Jacob Rees-Mogg, a prominent Tory backbencher, said last week that parts of the Obama Administration were “not friends of the United Kingdom.” So very right once again. Obama is a supreme asshat. Boris Johnson[4], the Mayor of London, welcomed Obama to the city with a fiery broadside describing Obama as “incoherent,” “inconsistent” and “downright hypocritical.” Man, where do I ‘like’ that comment?