President Donald Trump sent out a message to the officials running Chicago on Tuesday night, informing them that he might send out “the Feds”[1] in order to get the city’s homicide rate down if they can’t do it themselves.

The President’s tweet was on the heels of Chicago Mayor Rahm Emanuel, who served as former President Barack Obama’s first chief of staff, knocking on the Trump administration for wasting breath discussing the size of the crowd at his inauguration.

The Chicago mayor had this to say:

“You didn’t get elected to debate the crowd size at your inaugural. … You got elected to make sure that people have a job, that the economy continues to grow, people have security as it relates to their kids’ education. It wasn’t about your crowd size. It was about their lives and their jobs.”

Really, Rahm? And what have you done to better the city you have control over? Nothing. Your policies have brought nothing but poverty and death. Take your own advice.

After Trump’s tweet, Emanuel told Chicago’s WTTW-TV that he believes that the federal government can do a lot more to help combat the violence and killings in his city.

His shtick was the usual large government, taxpayer funded approach. It included, “investing in neighborhoods that are hard-hit by poverty” and turning into “a breeding ground for violence” by taking federal funds and sticking them towards more after-school and summer jobs programs.

That’s it. Throw money at the problem that you just don’t know how to identify. 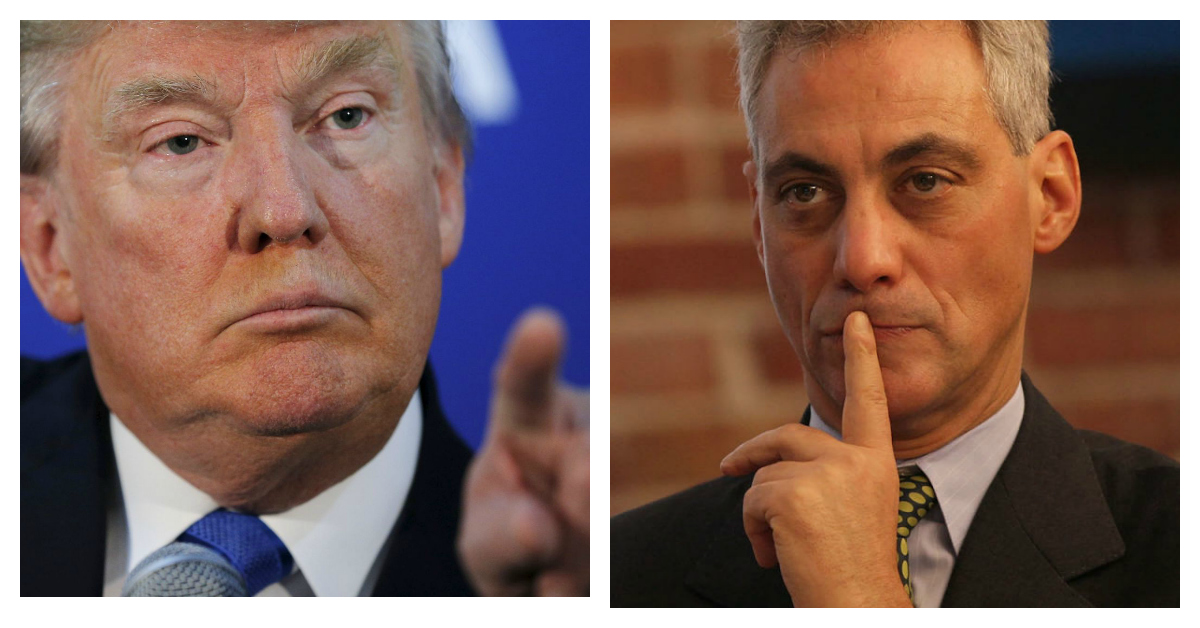 However, Emanuel was totally against the plan of the President and believe that the city was in no need of the National Guard.

Alderman Pat Dowell agreed with the Mayor, saying “I don’t think we need troops in the city. Nobody wants to be subject to a curfew, home-to-home searches, cordoning off neighborhoods. I think we need more investment in terms of jobs, investment in our schools.”

I myself do not agree with the President. The less the federal government sticks its nose in state issues, the better off the country will be.