Ben Carson: The Holocaust May not have happened if Jews were Armed

Ben Carson seems to have survived his statements on not wanting a Muslim president.  Well as if that was something to debate at all anyway.  Now Dr. Carson is showing what he really feels about gun control[1]. 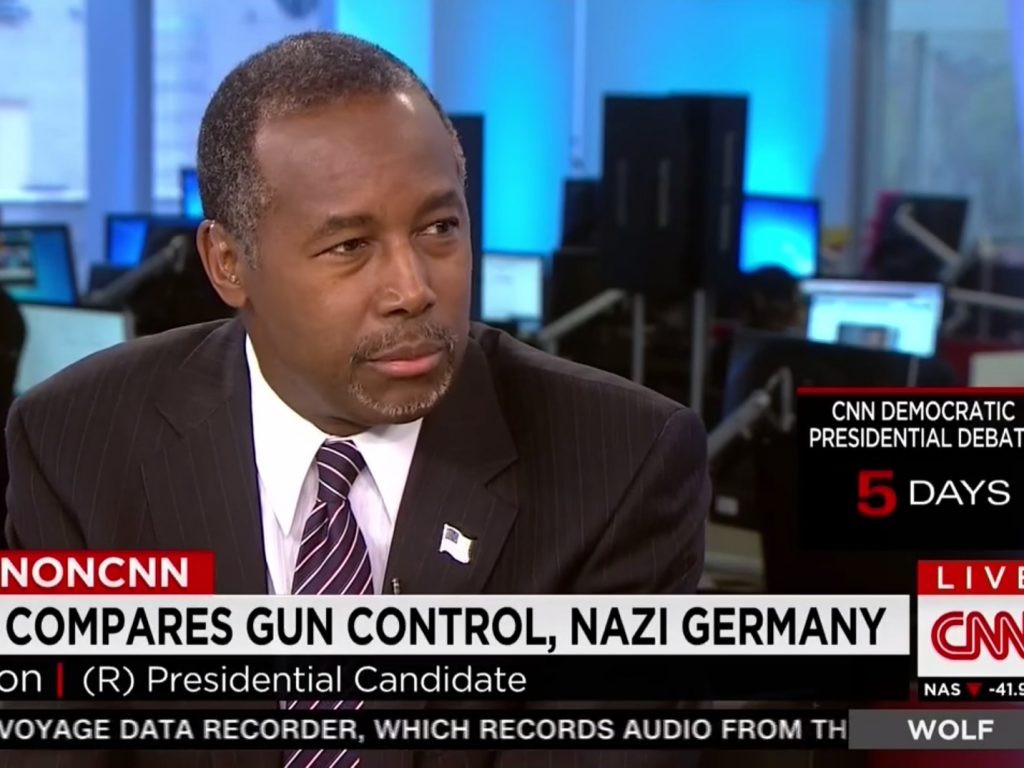 On October 8, Republican presidential hopeful Ben Carson lamented the actions through which Adolf Hitler rendered the Jewish people defenseless and he contended that armed Jews could have curtailed the Holocaust.

Carson’s comments came as part of his ongoing push for students, teachers, and others to be able to carry guns on campus for self-defense so they are not at mercy of gunmen who ignore gun free zone postings.

According to CNN, Carson said, “Whether it’s a kindergarten teacher who is well trained or a retired policeman or someone who can stop the carnage, I think it makes sense.” He then transitioned to historical examples and argued that the Jewish people might not have suffered as horribly at the hands of the Nazis had they retained their firearms.

Carson said, “I think the likelihood of Hitler being able to accomplish his goals would have been greatly diminished if the people had been armed. I’m telling you there is a reason these dictatorial people take the guns first.”

On Tuesday Carson took heat from GOP establishment candidates and liberal PACs for suggesting the lesson from the Umpqua Community College attack is that people need to be armed so they are not at the mercy of attackers. Carson said he would “not just stand there” and let a gunman shoot him, and he explained that no one should be forced into a position of compliance due to being unarmed.

Carson told The Christian Science Monitor that gun-free campuses lead to danger. He said if students were armed criminals would think twice before coming on campus because “[gunmen] aren’t likely to go into a place where they are likely to get shot.”

I think it is clear.  When a people are armed a tyrant or a dictator just can’t come in and enslave you.  The forefathers new this.  So do the people that want to take your guns away.