Carson not dropping out yet, barely picked up any delegates on Super Tues – no way forward?

Even though Ben Carson[1] is in close to last place, if not last place, he is doggedly staying in the race. He will not get out of the race officially until someone gets 1,237 delegates and wins the nomination. Yesterday, the Carson campaign admitted that they have no path to winning the GOP nomination. It seems to me that if a candidate knows he will not win and has no chance of winning, he should get out of the race and get behind a candidate that can for the good of the party and for America. This strikes me as self-serving. Carson should exit while he still has an ounce of dignity left. 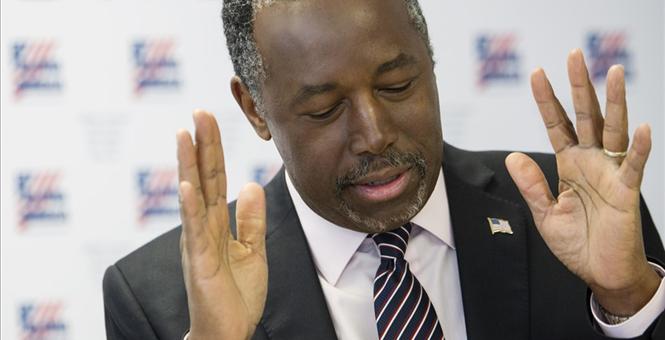 On Tuesday, Williams told The Hill that Carson has firmly declared to him that he will not get out of the race until a candidate reaches the 1,237 delegates needed to win the nomination.

“Until then it’s open season, and the race is wide open,” Williams said.

“Dr. Ben Carson is not and never will be a part of the political class. He doesn’t think like a politician, doesn’t act like a politician and doesn’t rely on those relationships like the other politicians do. He’s staying in the race even if he doesn’t get any delegates tonight.”

Carson, asked on Tuesday’s “Morning Joe” whether he would re-evaluate his campaign after Super Tuesday, said, “I re-evaluate the campaign every single day. But one of the major factors for me is our supporters. That’s the reason I’m in here … I’m in here because people asked me to be here. I will continue to listen to what they have to say.”

Carson told his supporters[3] in a statement Wednesday afternoon that he does not see a “path forward” and will not attend Thursday’s debate in Detroit. So, that’s pretty much it for him then. Whether he officially drops out or not, he’s done. Carson, however, did not formally suspend his campaign. Instead, he said in the statement that he has decided to make a speech about his political future on Friday at the Conservative Political Action Conference in Maryland, just outside of Washington. “I do not see a political path forward in light of last evening’s Super Tuesday primary results,” the statement said. “However, this grassroots movement on behalf of ‘We the People’ will continue. Along with millions of patriots who have supported my campaign for President, I remain committed to Saving America for Future Generations.” I’m not even sure what that means in this case. I don’t expect Carson to disappear from the political scene, but it’s time to ‘Say Goodnight Gracie’ concerning this run.