This Ben Carson Facebook photo[1] post went viral in 6 hours. He gave two words of advice that most people enjoy, or at the very least, simply don’t care and move along. 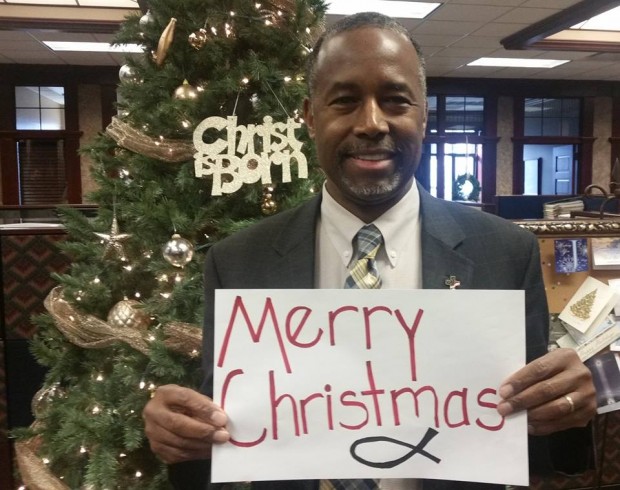 Carson’s post had amassed more than 450,000 “likes” and nearly 32,000 shares at the time of publication. It had been posted for approximately six hours.

Ben Carson’s “Merry Christmas” sign probably offended the ratty people who require safe spaces. However that’s an offensive way to talk about rats. Leave the rats out of this, especially pizza rat. He’s out there every day trying to make a living. You don’t know what struggles he has. Unlike the whiny safe space and politically incorrect crowd, rats have a spine.

If you didn’t know this was Ben Carson, would it still offend you? Or would you think he’s just another fellow American enjoying a time when families are supposed to be together, share happy moments, and be thankful for what they have?