SNL Actress Challenges “F**KFACE” Ben Carson To A FIGHT Over Immigrant Statement – Makes A FOOL Of Herself!

I’m sure there’s a better way to voice your displeasure over Trump’s cabinet than to insult them.

Then again, maybe the liberals know something I don’t. (I doubt it.)

Of course, this is coming from Leslie Jones, so I’d take it with many, many grains of salt. Your kidneys will hate you, but your sanity will be forever thankful. 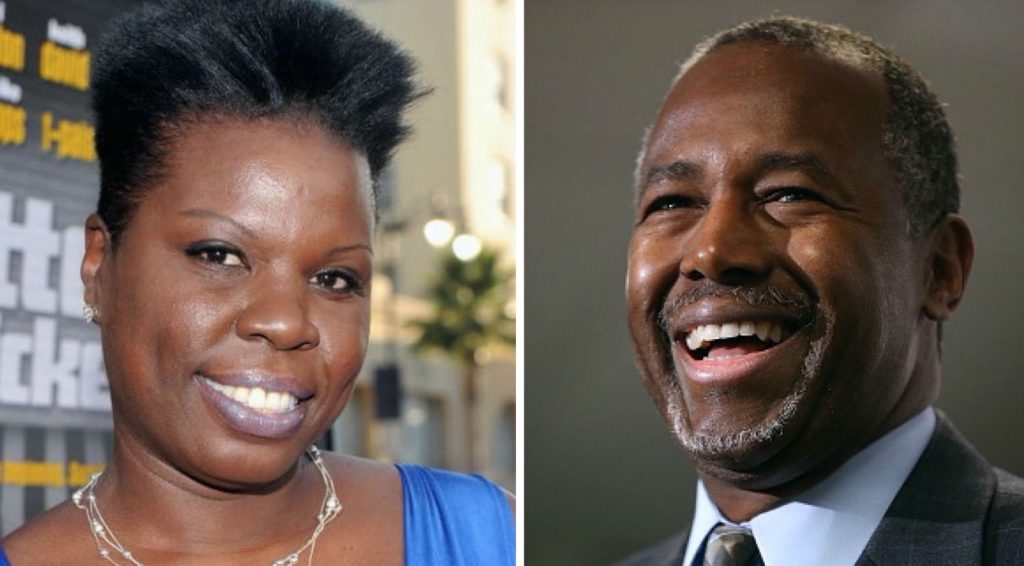 America’s new Secretary of Housing and Urban Development, Ben Carson, fired up a bit of controversy during his first day on the job Wednesday, when he likened slaves[3] brought to America with today’s illegal immigrants.

“Saturday Night Live” cast member Leslie Jones was livid with Carlson over the comparison. Just to make sure no one missed her point, she called him “f**kface” on Twitter:

I want to fight Ben Carson!! Cash me outside muthafucka! How bout dat!! #Slaveswerenotimmigrants[4] FUCKFACE!!

The only problem for Jones — and other “progressives” who jumped on Carson’s comments — was the fact that former President Obama[6] made exactly the same comparison.

Let’s compare Carson’s comments with those of Obama.

“So, life in America was not always easy. It wasn’t always easy for new immigrants. Certainly, it wasn’t easy for those of African heritage who had not come here voluntarily and yet in their own way were immigrants themselves.”

I think that at this juncture, it’s safe to say that liberals don’t research before they react and that’s perfectly fine. They just have to live with the fact that the rest of us are going to call them out on their hypocrisy.