Bernie Sanders’ Campaign Could End Because Of THIS!

Even with all the millions commie Sanders[1] has raised, he now has a cash burn problem. Dig it… he went through a whopping $46 million in March alone. Holy socialists! Well, what do you expect when you get caught driving expensive sports cars and then jet your entire freaking family off to the Vatican to schmooze with the Pope? A man of the people indeed. In fact, the socialist moppet is now saying he may have to ‘reevaluate’ his campaign after next Tuesday. That’s political speak for dropping out of the race[2]. He would cede the nomination to Hillary Clinton and her rumored VP pick, Elizabeth Warren. Oh, joy. Two shrews for the price of one. 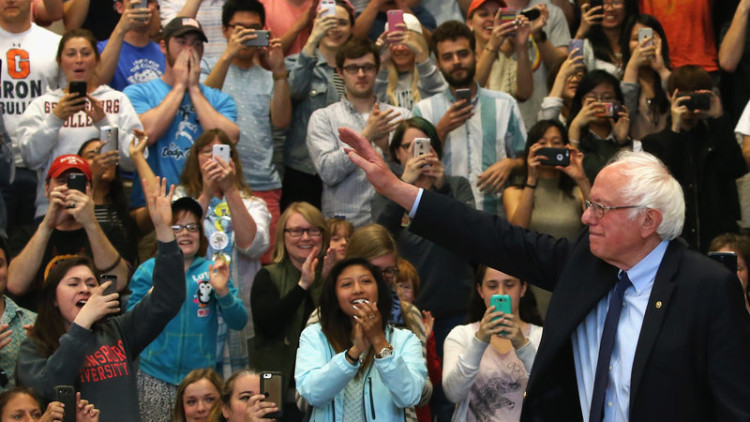 The staggering fact that Bernie’s campaign spent $46 million[4] in March — everything they raised — brings up an interesting question: At this burn rate, could his campaign end up with cash problems?

The latest Franklin & Marshall poll in Pennsylvania shows Hillary with a double digit lead over Bernie. In New York, she defeated him by a big margin despite being outspent by $3 million.

As Bernie’s path to the nomination narrows to the point of mathematical impossibility, he’ll likely face a drop-off in contributions.

According to FEC reports, SAnders has $17 million cash on hand, which seems like a huge sum until you realize Hillary has $29 million and is operating at a lower burn rate. If Bernie’s fundraising drops off in April because of his decisive defeat in New York and if he continues outspending Hillary by 2-1 in an attempt to close the delegate gap, it is not inconceivable that his vaunted fundraising prowess will meet the inexorable reality of cash flow: If you spend more than you make, you’ll eventually run out of money. Just like all socialists run out of other people’s money… it’s irony in action. I’m sure that the Hildabeast will make room for Sanders in her Marxist cabinet of horrors. We’ll still feel the Bern if she gets in.