The staff of Bernie Sanders socialist campaign[1] suffered a very harsh lesson when their stickers were stolen. Someone from the campaign posted a sign asking for the stickers to be returned, but a very clever misfit placed a crushingly hilarious retort providing the campaign with a simple lesson in socialism. 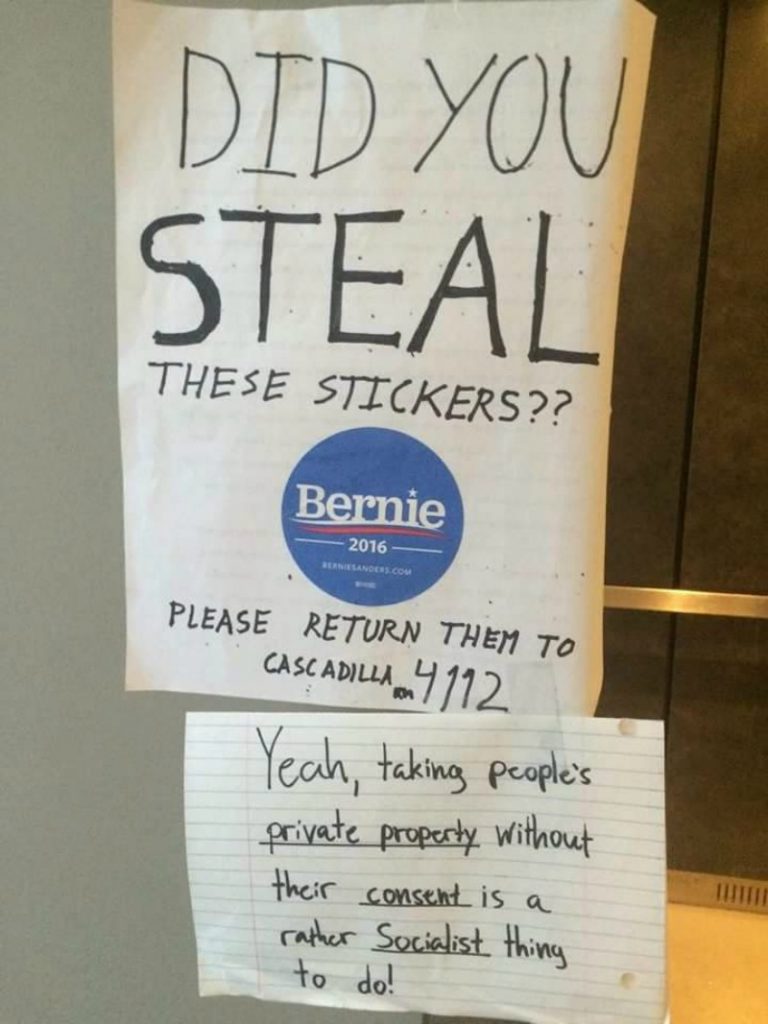 Yeah, taking people’s private property without their consent is a rather socialist thing to do!

The person who wrote and posted this humorous note deserves a standing ovation.