Bernie Sanders significant other was blunt…[1] she just wishes that the FBI would speed up their investigation of Hillary Clinton and her private email server. Jane Sanders let loose on Neil Cavuto’s show. Nice to hear some truth from the left for a change. Looks like Sanders now does indeed care about the email server scandal. Now that the senator is virtually mathematically eliminated from clinching the Democratic nomination, it appears that the campaign has become more willing to pursue a more aggressive stance regarding Clinton’s corruption. It never should have been this way. The Democratic side of things rigged it from the beginning so Sanders would not have a chance. I don’t blame Jane Sanders for being candid on this. It should have happened long ago. 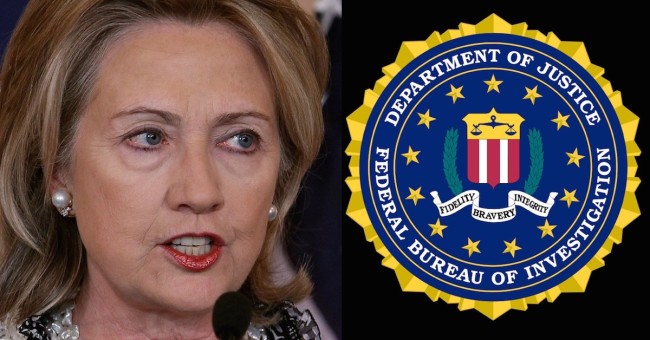 The issue of Hillary Clinton’s use of a private email server[3] while secretary of state has rocked the 2016 presidential race. All the Republican candidates have tried to use this scandal to show the American people how corrupt Clinton is, while Sen. Bernie Sanders, Clinton’s only Democrat competitor still in the race, has declined to do so.

However, The Daily Caller[4] reported that the senator’s wife, Jane Sanders, told Fox News Channel’s Neil Cavuto that she wished the FBI would “move along” with its investigation.

These comments represented a significant change in the rhetoric coming out of the Sanders camp. For months, Sanders has stated that he doesn’t care about Clinton’s “damn emails[5]” and just wants to debate policy.

Right now Sanders’ only real chance to become the Democrat nominee is if Clinton winds up being indicted or going to jail, both of which seem unlikely to happen in the next few weeks, particularly under this administration, which is likely to pardon Clinton for any crimes the FBI might indict her over, anyway. She has literally committed murder and treason and gotten away with it. The cake is baked and it’s corrupt all the way through. If I were Bernie, I’d stay in as long as I could and tear things up as much as possible. Hillary’s got it coming. Meanwhile, enjoy the cat fight and Jane Sanders throwing Clinton under the bus. Good times.