Bernie Sanders sure is a class act, I’m telling you. This fool is legit trying to peddle his ‘need’ for an event as more important than a way for the homeless not to freeze to death. Good job, Bern:[1] 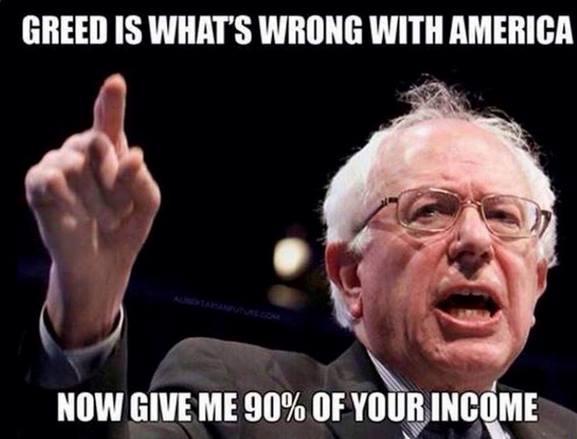 It’s a fact: The poorest citizens are better off materially in free enterprise countries than more socialist ones.

The only instances in history where the masses have escaped grinding poverty is where they have had capitalism and free trade.

The idea that socialists care about poor people is one of the greatest lies of the Left.

…controversy arose when news broke that the self-proclaimed socialist candidate’s rally resulted in the homeless being kicked out of a cold-weather refuge, or ‘warming station,’ that had been planned for the same location:

In a strange twist #boutwell[3] auditorium in B'Ham can't be used as a warming station due to Bernie Sanders Rally. Homeless #FeelTheBern[4]

Sanders has not – at the time of publication – commented on the unfortunate situation.

Don Lupo, Director, Mayor’s Office of Citizens Assistance at City of Birmingham, was quick to clarify that it was not the campaign’s fault.

If the homeless believe they are “feeling the Bern” now, things will only get worse if Hillary Clinton or Bernie Sanders is elected president. We would continue down the path paved by Barack Obama where the number of food stamps recipients has already increased 45%.

This truly is sad. Perhaps Bernie should have said “Give me your tired, your poor, your huddled masses yearning to breathe free.” This quote comes from Emma Lazarus’ sonnet, New Colossus, and just happens to be one of the best known quotes from the Statue of Liberty. Do you represent America, Bernie? Do you? Shouldn’t you have made room for those freezing in the cold?