If you thought the Bernie Sanders crowd couldn’t get any more strange, then listen to this racist anti-American song[1] played live at his latest rally at the University of Iowa. 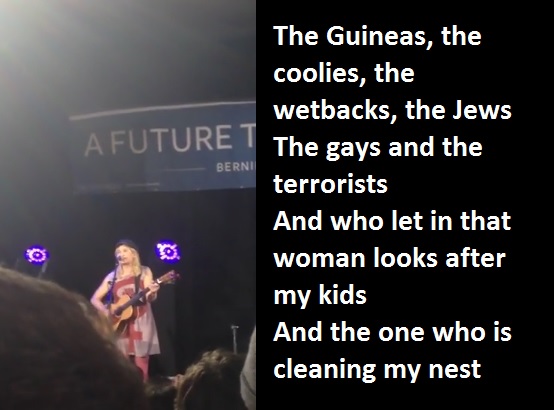 When Conservatives say they “want America back,”  you ask, “just what the f***” are we talking about? Well, we’re not talking about getting rid of “the wetbacks” or “the jews” as you so eloquently put it. We’re talking about the ideals of America. The ideals of freedom, of limited government, of a Constitutional republic.

Unfortunately the sheeple at the rally can’t figure out what “taking America back” means and it’s preposterous that these drones are singing along with this terrible song.