Sanders’ Supporters Get SCHOOLED On Socialism By Soviet Immigrants

Those of us who research and write[1] about communists and Marxists form a small community. Many of our number are former inhabitants of communist countries or ex-communists themselves. Ask them what they think about socialism and communism and you’ll get an earful, just as Sanders’ supporters did. Those who have lived under communist rule know what true poverty and want is… they were forced to live under it in Russia and other heavy-handed governments. Socialism destroys free markets and freedom in general. Capitalism has freed more people on this planet and brought them greater prosperity than any other economic system ever devised. Sanders is a bitter old man who feels he has been cheated out of what is rightfully his. Now, he’s taking that resentment into the big time and going for the presidency where he can make us all equally miserable. Because that is what communism does… it levels the playing field and then places walls around it forming a gulag. 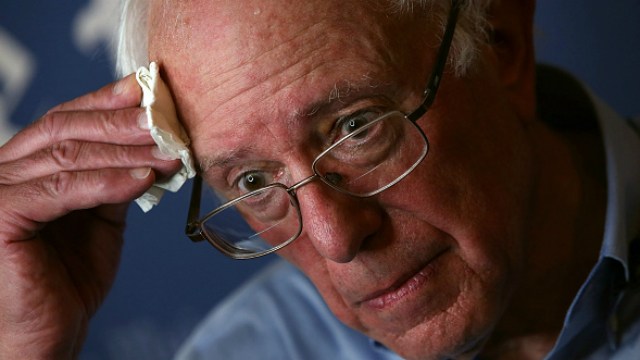 “I’m enjoying the irony of American Sanders supporters lecturing me, a former Soviet citizen, on the glories of Socialism and what it really means! Socialism sounds great in speech soundbites and on Facebook, but please keep it there. In practice, it corrodes not only the economy but the human spirit itself, and the ambition and achievement that made modern capitalism possible and brought billions of people out of poverty. Talking about Socialism is a huge luxury, a luxury that was paid for by the successes of capitalism.”

Now the Atlantic’s Olga Khazan took a look and saw that immigrants from the USSR are not into Sanders and Socialism[4].

“Janna Sundeyeva still remembers life in the Soviet Union, where stores in remote regions would lack meat for months at a time and toilet paper had to be snatched up quickly on the rare occasions it appeared.

“I don’t like big government,” Sundeyeva said. She made two circles with her thumbs and forefingers and pressed them against each other so they touched, like binoculars. This Venn diagram represents the interests of people and government, she said. “They don’t have very much in common.”

To Sundeyeva, left-wingers seem to yearn for a workers’ revolution. “I would ask them: Have you ever lived under a revolution?” she said. “Do you know what it’s like? When someone comes and takes your family member in the night?”

Revolution is not romantic. It is not fun… it is violent and bloody. You get the added bennie of watching those you love and care about die around you. Sanders is on record stating that communist bread lines are an example of success and he has praised Cuba for ‘totally transforming society.’ Is this what you want America? And I’m speaking to the young people who just adore Sanders… do you want to have nothing and go to bed hungry at night? Do you relish torture and imprisonment? Because what Sanders is selling you is exactly that and it is hellish. We seem to now have millions of useful idiots in this country. We live in very dangerous times. Just ask the commie hunters.