This is possibly[1] one of the creepiest things I’ve ever seen and heard and that’s saying something. Bernie Sanders supporters broke out in chorus with an improvised version of “America the Beautiful.” In it, they call him a perfect man. It sounds absolutely communist. And referring to God by a bunch of atheists and agnostics strikes me as hypocritical. There are definitely those who would contest the supposition that Sanders hasn’t taken money from Super PACs. Just like Dear Leader and commies before him, Sanders’ followers sing for him. Hellish. 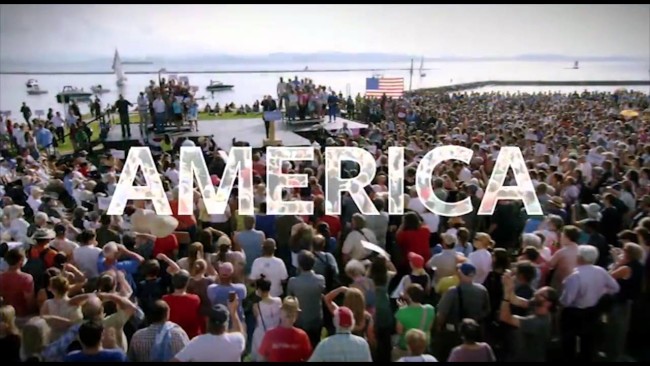 The Bernie Sanders campaign on Friday introduced the candidate with a customized version of the patriotic classic “America the Beautiful.”

Sanders staffer Paul Stovall[3] delivered the tune on a Brooklyn street just below the apartment building were Sanders spent part of his childhood.

Here are the lyrics, as sung Friday:

Go perfect man, go broadly man.
You’re in our hearts and heads.
You dare to walk, you dare to run where most men fear to tread.

Oh senator, next president, God shed her grace on thee.
We’ve got your back, with no super pacs, we feel the burn, Bernie.

I simply don’t get the mass fawning over an elderly Democratic Socialist who can’t even do basic math. Is it just that these young people are in love with the idea of communism? Sanders is no snow white saint. He rakes in the money and the man has never held a real job in his life in the private sector. He can’t even figure out how to use the subway system in New York, yet they call him a man of the people. He offers free everything, but the airheads that follow him can’t seem to figure out that nothing is free… they will be taxed to death to provide equal poverty for all. What happened to young people who yearned to compete and be great? They flock to and pledge allegiance to a communist and dream of utopia. America is in deep trouble with mass sentiments like this.