Socialism destroyed Venezuela! Here’s what Bernie Sanders has to say

Venezuela has devolved into social and economic chaos[1] in spectacular fashion. And you can thank socialism for that. Now, looters are burned in the streets, they are eating their pets to stay alive, the government is occupying the toilet paper factories and you have to have your fingerprints scanned just to get milk. Thousands raid trucks for food and riot in the streets. When questioned about the touted utopia of Venezuela that is no more, Sanders answered with… nothing. 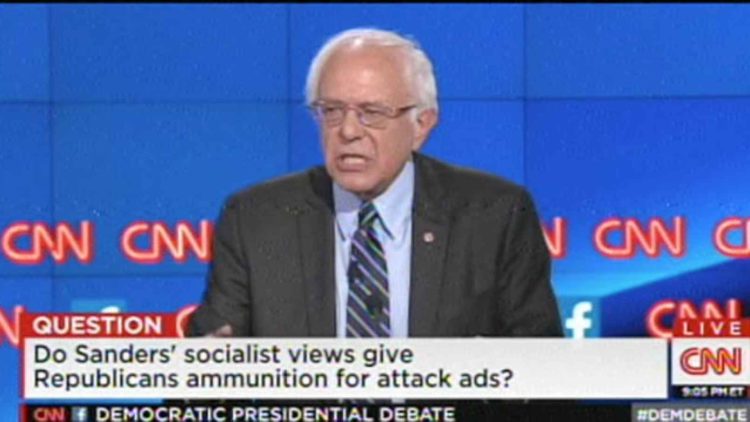 LEÓN KRAUZE, UNIVISION: I am sure that you know about this topic: various leftist governments, especially the populists, are in serious trouble in Latin America. The socialist model in Venezuela has the country near collapse. Argentina, also Brazil, how do you explain that failure?

BERNIE SANDERS, DEMOCRATIC CANDIDATE: You are asking me questions…

LEÓN KRAUZE, UNIVISION: I am sure you’re interested in that.

BERNIE SANDERS, DEMOCRATIC CANDIDATE: I am very interested, but right now I’m running for President of the United States.

LEÓN KRAUZE, UNIVISION: So you don’t have an opinion about the crisis in Venezuela?

BERNIE SANDERS, DEMOCRATIC CANDIDATE: Of course I have an opinion, but as I said, I’m focused on my campaign.

It’s not just Venezuela, it’s Brazil and Argentina as well. All are Marxist enclaves that are on the brink of destruction because they went the socialist route. Sanders won’t address any of this because he can’t. It would destroy his argument for socialism in the United States. Primarily because it fails every single time it has ever been tried and now Sanders wants to destroy America with it. Saying that he is focused on his campaign and running for the presidency is not an answer… it’s a deflection and an indicator in itself. The only answer is that socialism does not work… but it will get you a strongman dictator. Something Sanders and Trump are in agreement on.