This person is a living piece of fecal matter.[1] What a jerk. Troy Brown lives in Ohio and several weeks ago, he saw someone stuck in the snow during a snowstorm. He said he was going to stop and help them until he saw the Donald Trump sticker on their bumper. Is that how you decide to help someone or not in a life threatening situation? This guy is just dead inside. He took it to Facebook to brag about it and it went viral. He had a lot of people praising him over it, but then there were a lot of people who let him know what a dirt bag he really is.

The tolerant left strikes again. They hate Trump because they hate hate, or something. This guy even tagged the “Wendy Williams Show,” Roland Martin, BET and Oprah Winfrey. And I’m sure all of them were sympathetic to his gleeful post. Then he started trying to sell t-shirts and hoodies that say #CallYoPresident. Deep. Maybe he should call Obama… I mean that’s HIS president, right? This guy evidently posts on black culture and is probably a big Black Lives Matter thug. I think that driver was better off without the help of this loser. 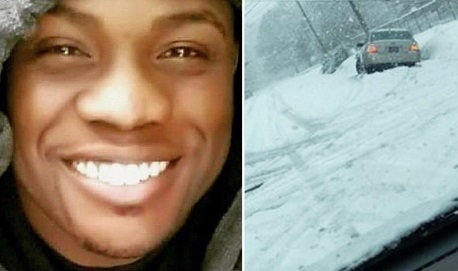 The liberal left has become completely unhinged following the election of Donald Trump.

They were nutty before but they’ve taken it to another level.

Some of the examples are hard to even believe.

From Weasel Zippers[3] via BizPac Review[4]:

Troy Brown, a Black Lives Matter supporter who hates Donald Trump, refused to help a stranded motorist during a brutal snowstorm in Ohio because she had a Trump bumper sticker on her car. 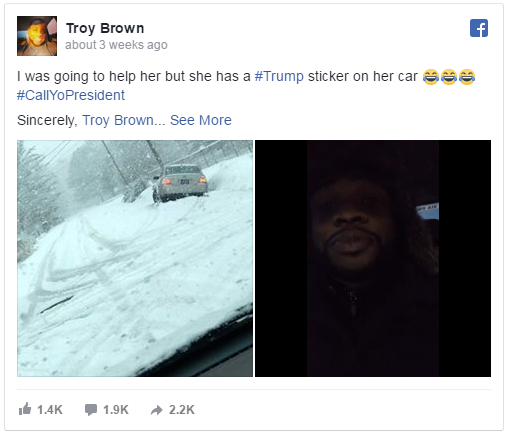 When asked on Twitter why he did it, Brown claimed: “I believe in peace and harmony.” Bwa ha ha ha ha! This guy doesn’t have a clue what that means. What a hypocrite. He’s a racist that would just as happily watch some poor person freeze to death rather than help them. And there are plenty of people out there that feel just as he does… they wouldn’t lift a finger to help someone if they didn’t share their political views. Shameful.

Perhaps someday, this guy will get bitten royally by the karma he so deserves. He’s obviously not a good person, to say the least and there seem to be a lot of evil people who are right there with him. Obama’s America… where hate, intolerance and racism have come of age. This guy is an excellent example of it. 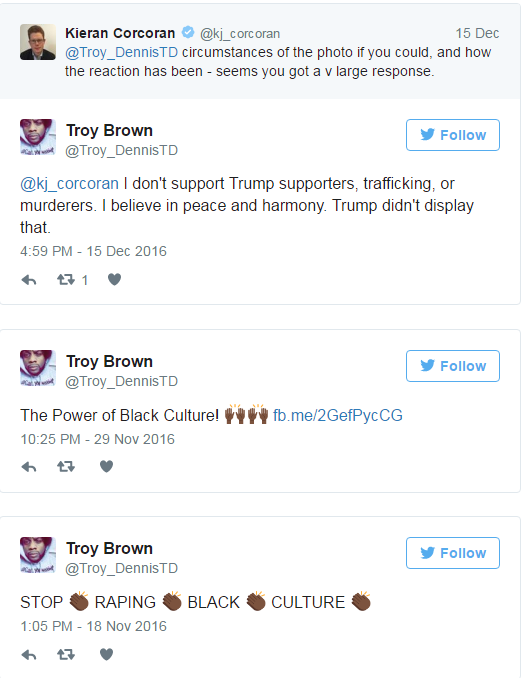 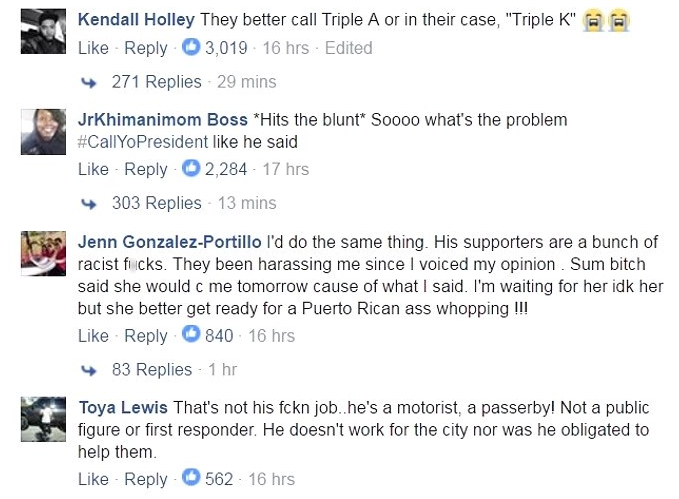