This is the most insane[1] piece of nonsense I’ve ever heard. And I mean that. The Toronto police have officially pulled out of this year’s Gay Pride Parade. Why, you might ask? Because Black Lives Matter b*tched about them being there. What a bunch of politically correct wusses. What next? Someone’s offended by your gun, so you throw it away? That’s a recipe for death. If I understand this right, black gays don’t want a police presence seen at all. So, of course the police caved. SMH.

Black Lives Matter is claiming that the police wee officially ‘uninvited’ from the parade, but they spun it and claimed they decided to pull out. So much drama. What this boils down to is that BLM hates cops… they can’t stand them and don’t want to be seen with them. They’d much rather kill them, darn it. Last year’s parade made the news when BLM protested the presence of police and temporarily halted the event. It only resumed after the executive director of “Pride Toronto,” Matthieu Chantelois, agreed to BLM demands that included a future ban on police floats. That is just nuts and in fact, hateful. Chantelois later claimed he signed the doc to get BLM off his back and to stop the protest. 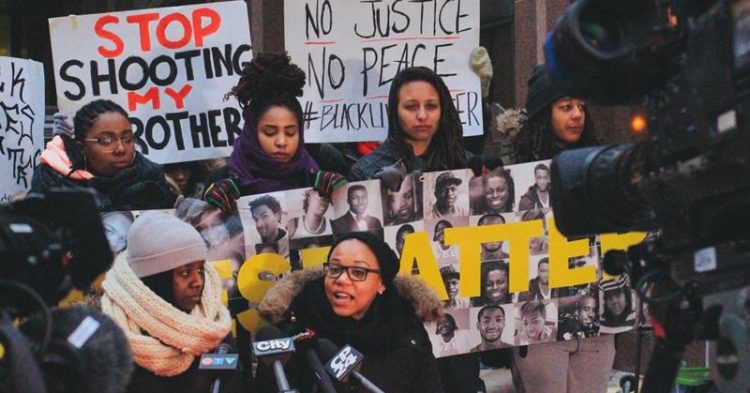 Police in Toronto have caved to the homophobic demands of Black Lives Matter and have agreed not to participate in this year’s Gay Pride parade in the city.

Toronto Police Chief Mark Saunders said officially that “divisions” within the LGBT community was the cause for the cancellation.

“We understand the LGBTQ communities are divided,” he said in a statement. “To enable those differences to be addressed, I have decided the Toronto Police Service will not participate, this year, in the Pride parade.”

Last year, BLM crashed an LGBT press conference. The police were unveiling a mural[3] dedicated to the city’s gay and lesbian community.

But BLM were having none of it. They would not tolerate closer ties between the LGBT community and the police. They stormed the event and demanded that people pay attention to them and only them, The Daily Caller reports[4].

Pressured by BLM, Pride Toronto officially voted to ‘disinvite’ the police in this year’s parade. Disgraceful. And it will never, ever be enough for BLM either. They won’t be satisfied until there are dead cops all over the place. Then Pride Toronto tried to spin the whole thing, claiming excluding the police was actually a good thing. “Pride Toronto is committed to continuing the important dialogue that has taken place with our membership and the broader community. We are listening. We will listen. What we have seen from the Toronto Police Service is that they are also listening,” the organization said in a statement.

A former lawmaker in the Ontario legislature bluntly stated that the decision was “very unfortunate.” “I can understand the police being upset after the decision that was taken at the Pride annual meeting Phil Gillies said. However, I think it’s unfortunate. We need our police to be involved with the community.” Among the complaints from BLM are that the police chief failed to mention such issues as “anti-blackness and policing” and carding — a standard practice of patrolling dangerous sections of town — that BLM insists is aimed at non-whites. This sounds oh so familiar. The police need to take a stand here and not concede to demands from BLM. If they are not wanted at the event, then those people are on their own and don’t bother calling the police if things go sideways. When you start giving in to special interest groups, it never ends well. 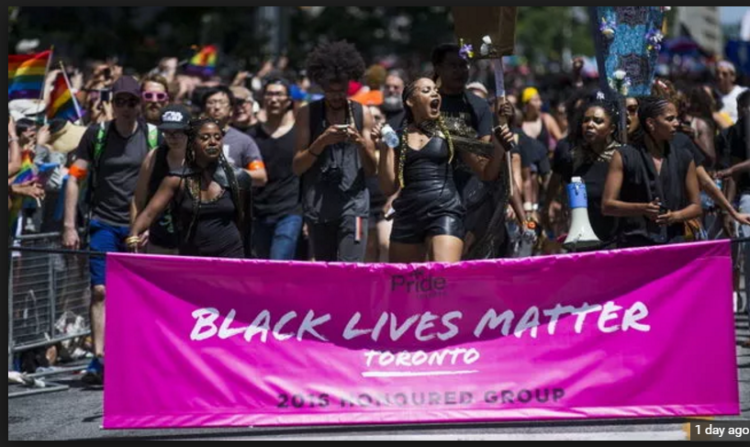