The Black Lives Matter movement represents leftism at its most menacing. The hooligans on the street, rioting and murdering police officers, are only a tool. Those wielding the tool include George Soros and Hillary Clinton, who are working together toward a common end:

Soros, who has given almost $10 million to Clinton super PAC Priorities USA, is a major funder of Black Lives Matter. The Washington Times reported in August that Soros has given at least $33 million to the group through the Open Society Foundations (OSF), which he funds and controls.

Both OSF and Clinton have called to crack down on police officers’ “implicit bias.”

The pseudo-sophisticated term “implicit bias” is intended to make the charge of racism sound more credible.

A December 2015 email exchange between Podesta and OSF president Chris Stone was included in the batch of Podesta’s emails released by WikiLeaks on Friday. …

Stone attached to the email an article he wrote that advocated putting federally-funded bureaucrats in charge of police oversight.

This is alarming for at least three reasons:

1. Coordination between campaigns and super PACs is illegal. This demonstrates the contempt for the law that characterizes all things Shrillary, and also that campaign finance regulations serve mainly to hamstring people likely to be held to account under a regime of liberal journalists, liberal bureaucrats, and liberal courts; Democrats blithely ignore them.

2. The Black Lives Matter crap that malefactors like George Soros push is putting the lives of police officers at risk, not only by encouraging maniacs to assassinate them as in Dallas and Baton Rouge, but by making them afraid to defend themselves. This moonbattery is also making certain parts of the country unpoliceable. Homicide rates have been rising accordingly.

3. The end game, as indicated in the leaked email, is federal control of local police. This is a prerequisite for the transition from soft to hard tyranny.

But this story is unlikely to attract much attention. This sideshow of an election is like a flashbang grenade, blinding and deafening us with brightness and noise so that we are not even aware of the forces deployed against us moving in. 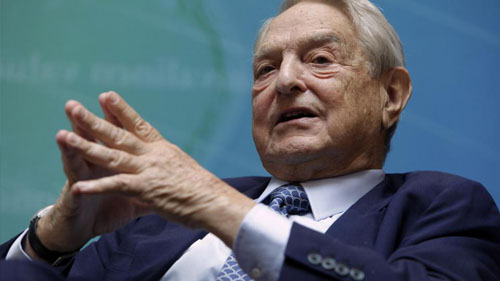 On tips from Bodhisattva and JusttheTipHQ. Cross-posted at Moonbattery.