This is just disgraceful.[1] Texas… you can do better than this. A judge took to Facebook to vent her feelings after seeing a police officer named Sgt. Demetrick Pennie sue Black Lives Matter and others for causing disparagement of police and causing racial division. He also charges their actions led to the deaths of five officers in Dallas and others across the country. For that, this judge called him a clueless slave. Others on her Facebook page called him derogatory names and went to town on the officer. One of them was a Texas State Representative, if you can believe it.

Sergeant Pennie recently petitioned the federal court to expedite his case due to the incoming threats received. Everything is about race now and cop-hatred. I don’t even recognize my country anymore. Andrea Martin, 304th District Court Judge in Dallas County (D), should be removed from the bench permanently. She is supposed to be non-partisan, unbiased and fair as a judge. She is obviously not. She should be reported to the state bar and held accountable. 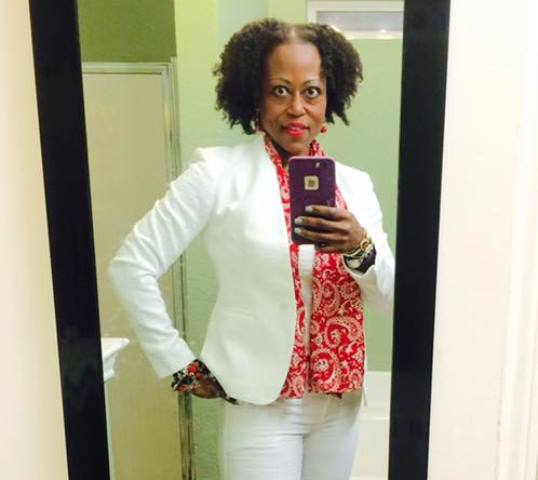 A Texas judge likened a black Dallas Police Sergeant to a clueless slave in response to the cop’s lawsuit against Black Lives Matter and its high-profile supporters.

Andrea Martin, 304th District Court Judge in Dallas County (D), told her network of friends on Facebook[3] Saturday that Sgt. Demetrick Pennie was like a slave that Harriet Tubman could not free because he could not comprehend his own bondage. The post elicited a number of supporters to Judge Martin’s sentiment, typically calling Pennie a “coon” and other derisive messages. A sitting Texas State Representative apparently joined the racialist banter as well. 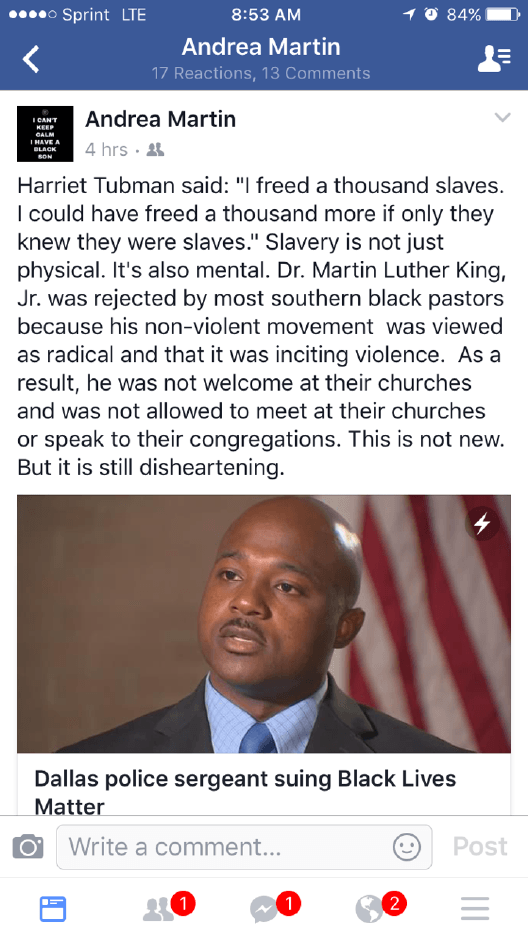 Martin’s thoughts led others to compare Pennie to a “coon”, “Judas” and Samuel L. Jackson’s house slave character “Stephen” in the 2012 film, Django Unchained. The derisive comments were repeatedly cheered by Martin’s lines of “laughing-so-hard-I’m-crying” emojis and others. 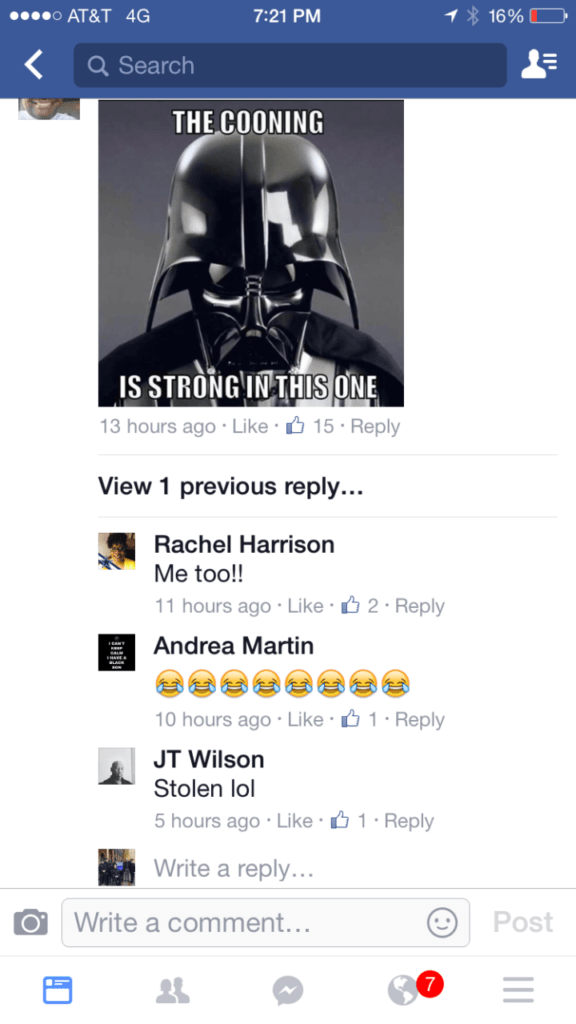 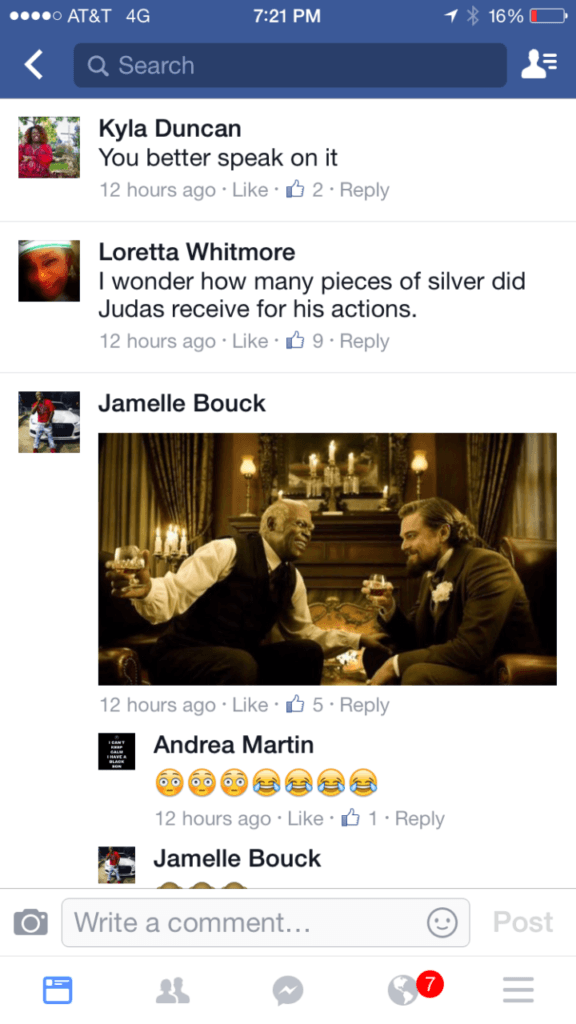 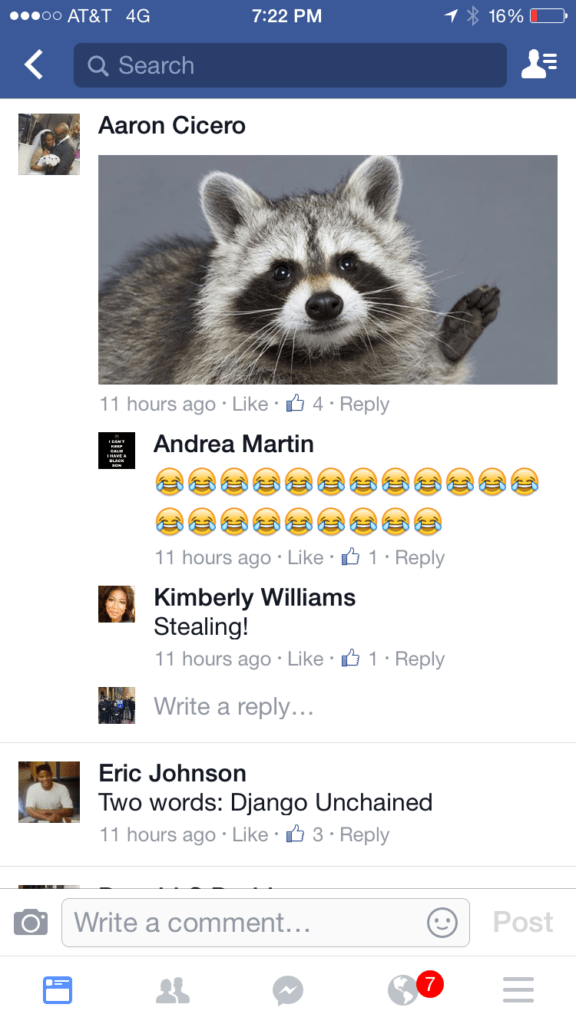 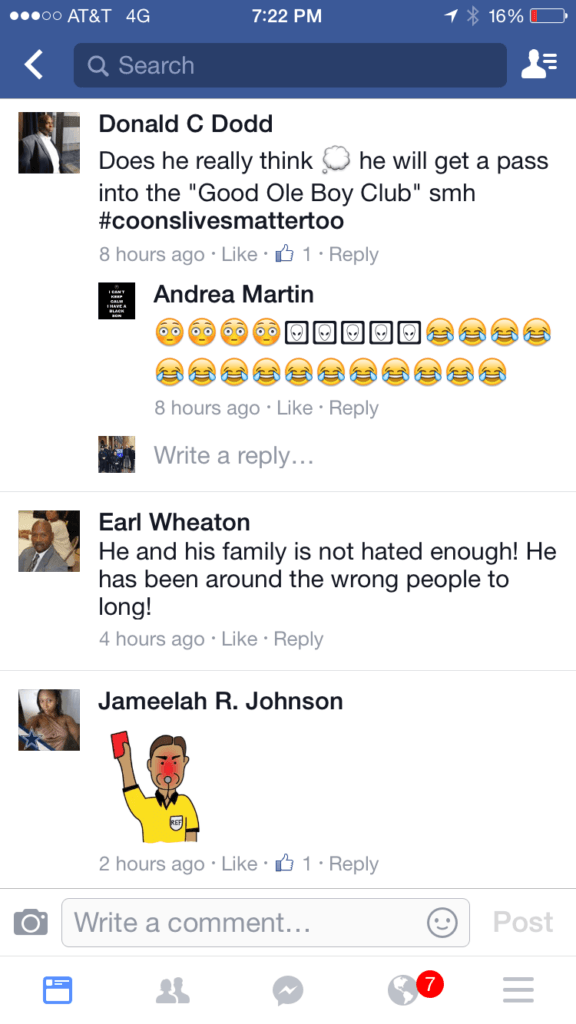 Judge Martin currently serves in the 304th Juvenile District Court[11]. She originally graduated from Texas Wesleyan University School of Law in 2000 and later worked for the Dallas County District Attorney as a general prosecutor and subsequently represented Child Protective Services.

Texas State Representative Eric Johnson (D – Dallas, Mesquite) should be recalled immediately as well. Such behavior is unbecoming of a state leader. These people are stone cold racists and they are pushing bigotry and hate. These are the sentiments and comments that tear communities apart. They are extremely destructive. All elected officeholders should be held accountable for their racially-derogatory language. 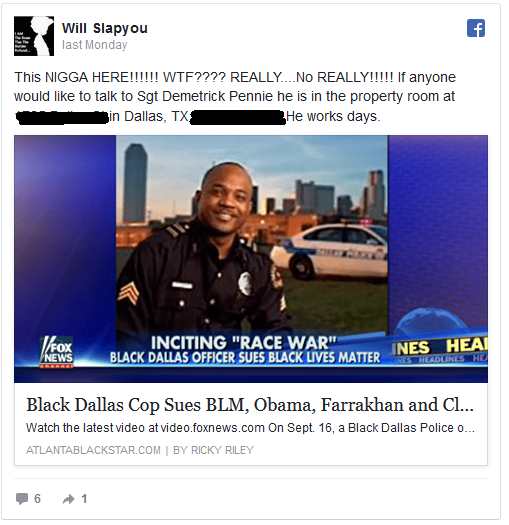