This happened a couple of years ago, but there are still billboards popping up today that support our boys and girls in blue. I love it. This particular billboard campaign honors police officers. It started out in Memphis, Tennessee. Eventually, it made its way to Michigan. The campaign makes a statement that Blue Lives Matter. They also include the hashtag: #thankublu. Tactical Magic came up with the campaign to honor local police. Lamar Advertising out of Baton Rouge, Louisiana, joined in the campaign and they have donated more than 150 billboards nationwide. That’s just awesome.

The very first Blue Lives Matter billboard in Michigan appeared on October 5th, 2015 in Grand Rapids, Michigan and was lit up alongside I-98. Not everyone was thrilled… especially those members of Black Lives Matter in the area. “I think in some aspects it’s shameful that the brand is being co-opted, but once again it was never meant to say ‘only black lives matter,’” Darel Ross, co-executive director of LINC Community Revitalization Inc., said. He thinks this belittles the Black Lives Matter movement and won’t build any kind of relationship between officers and the black community. BLM has belittled themselves and if they’d quit killing cops that would go a long way to ‘building that relationship’. Just sayin’. 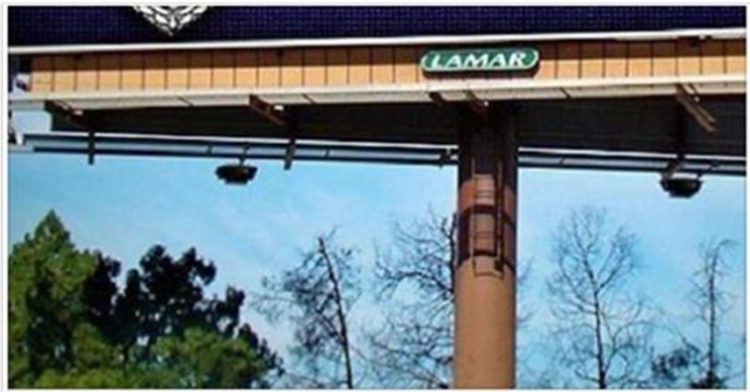 “All lives matter right?” Ross said. “So that’s why we came to the table in a very I think civil and sober manner with local law enforcement here to say how can we actually work together to improve community police relations.” That’s just it though… since that time, Black Lives Matter hasn’t come to the table to work with police officers. They are too busy protesting and attacking them, to work with them. They call them pigs and racists and hurl bricks and other things at them. How is that conducive to improving relations exactly? Yes, all lives matter… black lives, blue lives, white lives and all others. But that’s not what BLM is all about. It never has been.

Ross has been a long time contributor to the Grand Rapids’ community plan to soften relationships between police and citizens. The plan includes building transparency like using body cameras and implicit bias training. Translation… they want to keep tabs on police so they can nail them easier. I’m sure BLM would also have these officers restricted on gun use as well. This is meant to handcuff police officers, hinder them from doing their jobs and possibly to get them killed. 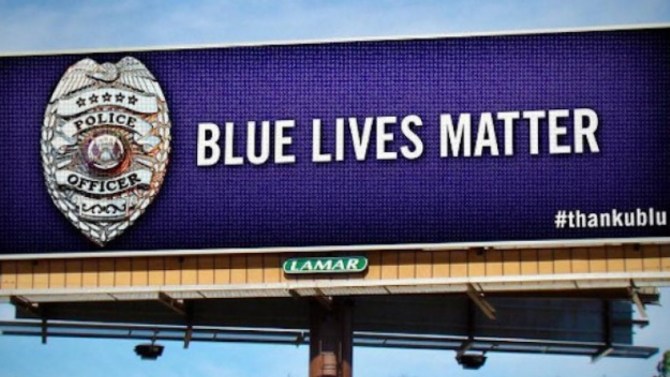 “Our law enforcement officers, they matter, but at the same time we also recognize and we know that every citizen that walks here in Grand Rapids, their life matters; every single one,” said Grand Rapids Police Department Sgt. Terry Dixon. From the very beginning, the police have not been the problem here. It’s Black Lives Matter wanting criminals to walk that’s the problem. Every time a black perp gets shot by a police officer, they cry foul. But 99.9 percent of the time, those shootings are in self-defense or to stop a criminal from fleeing or further crimes.

This particular billboard campaign is over, but others have surfaced to replace it. Black Lives Matter is still at it… they are a militant, racist domestic terrorist group. And did I mention they are communists? Back the blue all the way. They stand between us and terrorist thugs. Americans love police officers. BLM not so much. They sure do hate these billboards, which makes me love them even more.