If you are an Eagles fan[1], I would certainly hope that you put your country and freedom before racism. Me personally, I’d boycott them and I’m this close to boycotting the entire NFL even though there are some good guys in it. Four Philadelphia Eagles players raised the Black Power fist at their game during the National Anthem. I’ve had it with this crap.

I’ve seen other players do this as well. Hell, I’ve seen the Obamas do it too. It is totally unacceptable… it is a radical, racist gesture and should not be tolerated. No more than a Nazi salute would be tolerated. Did you know[2] that Sports Illustrated just went all-in with the Black Lives Matter inspired anti-cop/anti-white NFL black protests, allocating the back-page essay to Jacksonville Jaguars player Jared Odrick? Yep, cross them off as well. 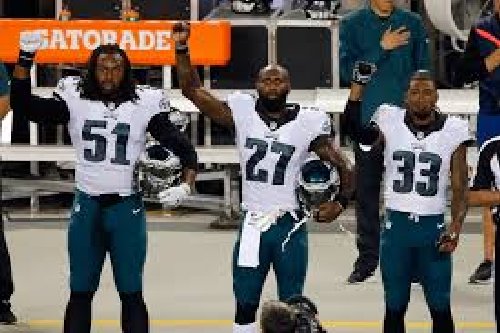 Last week NFL players were sitting during the National Anthem.

This comes just days after a black man ambushed a police officer in her car in Philadelphia, shooting her eight times in the arm. The only thing that saved her was her bullet proof vest. He went on to shoot a security guard and then take a human shield. He shot that woman in the leg as well. Then he dumped 14 rounds into a car with two people in it. He killed the woman and critically wounded the man. Then he shot another officer who obligingly sent him straight to hell where he belongs. Then these football players pushed racial hate at an Eagles game in essence celebrating that.

These are wealthy anti-American bigots and I think the fans have had just about enough of this. We love America, our military and our police. This nation was well on her way to being colorblind until Obama took over. Now, we are at each other’s throats and a race war is looming. These whiny rich football players, who have been free to play their sport and get wealthy off it, hate the country and the fans who empowered them to live a privileged life. I say revoke the privilege over this. No game is worth condoning racism and hatred this way. 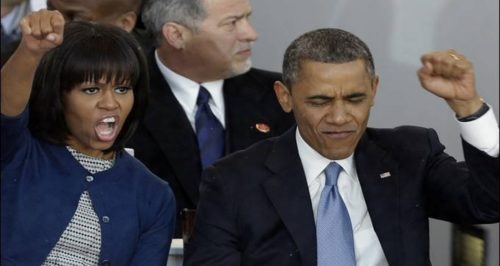