An out of control activist connected to the Black Lives Matter movement equipped herself with a megaphone to spew obscenities in a speech to a group of protesters. The volatile speech[1] spoke of committing acts of violence and ‘killing’ The White House. 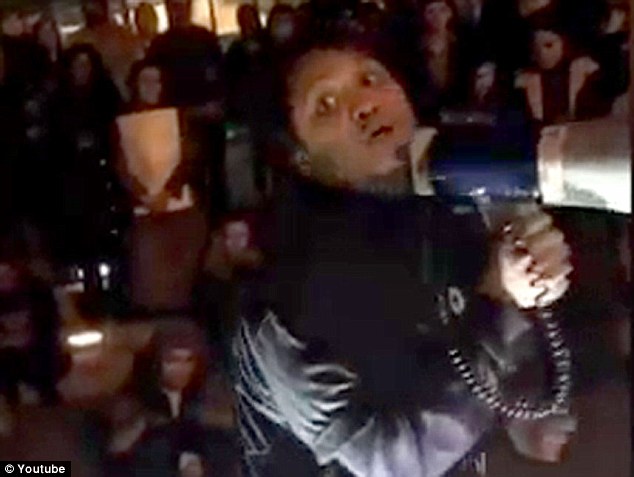 The woman is thought to be a Kindergarten teacher, according to her own words. Does anyone else see a problem with this?

At around 1:50 in the video recorded on Sunday, January 29th, during an anti-Trump protest in Seattle’s Westlake Park, the nameless woman was shown wearing a coat that had Black Lives Matter written on the back. She went on a rampage describing her plan to rid the world of everything American:

As if that wasn’t bad enough, one protester listening to the craziness being spewed and responded with a ‘Burn it!’. In her speech she makes it clear that she is no supporter of America as she screams against capitalism and calls for ‘white people’ to give ‘black and indigenous people’ their money and possessions.

Just to finish off strong and really get down to the crazy radical leftist talking points, she ends her nearly 4 minute tirade with a simple kernel of wisdom for all parents looking to raise their children in the correct, leftist fashion: ‘Teach your kids to throw that f***ing cop car in the garbage’.