The media is one of Black Lives Matter’s best friends. Seriously, you couldn’t find any group of people who are more sympathetic to any liberal cause than the media in the United States. If BLM were smart, they would show journalists more love than anyone else as a way to influence their coverage to be more favorable.

Instead, the media is now forced to report on how violent leftist groups like BLM, Black Bloc and Antifa are because reporters are now being attacked and having their equipment damaged by rioters who don’t understand the fine art of using the media to their advantage. 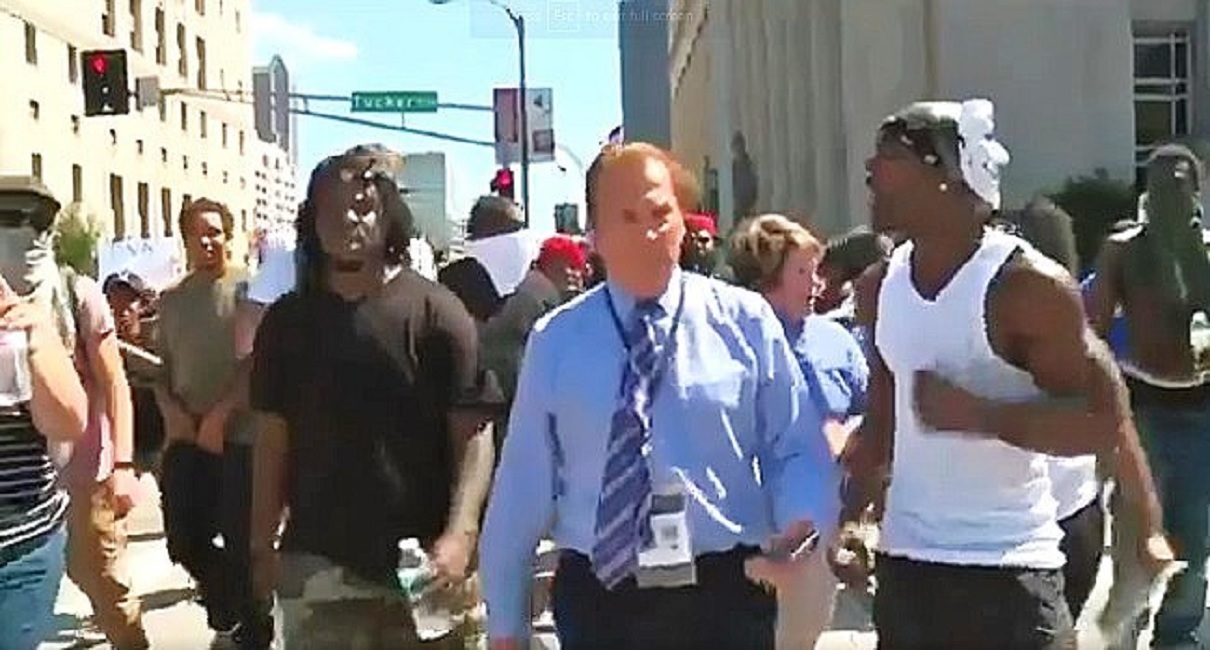 Local St. Louis reporter Dan Gray was attacked by a mob of leftist rioters and Black Lives Matter thugs on Friday afternoon. He called it “the scariest moment” of his career and I’m inclined to agree. I can’t imagine what it would be like to be in the middle of something that violent and frightening.

He was attacked by people who threw water bottles at him, with one hitting him in the back of the head and two others striking other parts of his body.

According to video of the incident, one protester shouted profanities at him, telling him to “get out of our movement.”

“You know you shouldn’t be over here!” he shouted. “You should get your ass back where you belong! Get ‘yo ass away! Get the f-ck out of our movement!”

Scariest moment in my career. Protesters upset about not guilty verdict for an officer accused of killing a suspect, turn on me and media. pic.twitter.com/iZyvg3gX0p[2]

While this reporter managed to escape uninjured, the entire situation reveals the animosity bubbling underneath the surface of the Black Lives Matter movement. There is no place for white people, despite the fact that whites are the people they are trying to talk to. There is no calm, eloquent message, there is only hatred, anger, rage and bloodthirst. They don’t want “equality” like they claim and they don’t want justice. They want revenge for wrongs they’ve ever even truly experienced. They want to behave like barbarians and have there be no consequences for their violence and destruction.

This is only the beginning. The media needs to shut this down by exposing the hateful and racist nature of these groups or it’s going to fester like bacteria in an open wound. Nobody wants to look at it, nobody wants to address it, but it will destroy us from the inside out if we don’t do something about it. The first step is getting this information in front of millions of people, even and perhaps especially those who don’t want to hear it.