Black Lives Matter activists want to claim that they are a “peaceful” movement. Unfortunately, that isn’t the case. Violence and the Black Lives Matter movement goes hand-in-hand. When Black Lives Matter has one of their riots — oh, sorry, “protests” — people always get hurt, businesses get looted and arson is often committed. But sure, it’s a peaceful movement.

David Palmer is an Army veteran who made the mistake of being in the wrong place at the wrong time[1]. He has been out of the Army for less than a year and has been working at a bar to make money before starting school next year. He had gone out to dinner with his sister, Ashley, at a restaurant called Blackfinn in Charlotte. 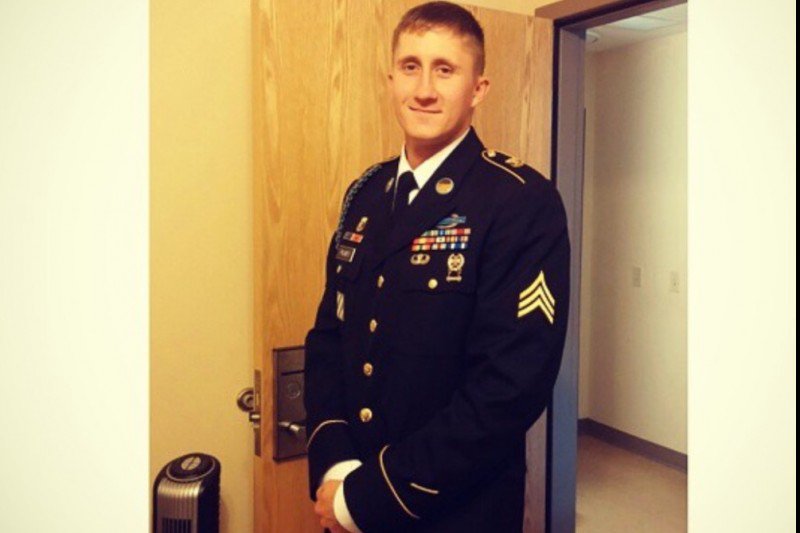 Palmer was walking back to his car after dinner at approximately 8:45 pm, when a group of men popped up from where they were hiding behind a construction site. They had apparently been lying in wait for someone to ambush. 10 men attacked him, shouting, “You’re in the danger zone, white boy!”.

There is video of the attack that is disturbing, so watch with caution:

The mob apparently attacked multiple people. This took place during the Charlotte riots, and the thugs not only assaulted numerous victims, but they looted several businesses as well. As for Palmer, he suffered a fractured eye socket and has multiple bones broken in his face. He will be undergoing surgery today to repair the damage and will be out of work as a result, which means he won’t be able to pay his bills. And as if beating him wasn’t enough, the thugs stole Palmer’s cell phone.

Palmer’s sister has created a GoFundMe page[3] to help offset his medical bills and living expenses as he recovers from the attack. She reported that at least one other man has been identified as Mitchell Barnes that was also a victim of this vicious mob.