The Continuity of Government – The Mystery of Peters Mountain 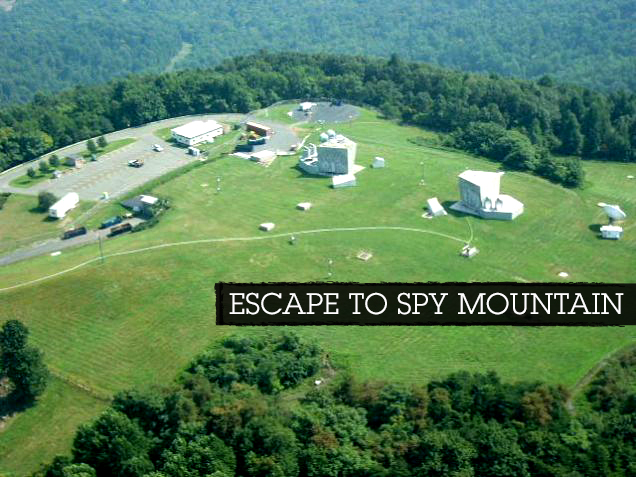 A friend sent me an article from Zero Hedge[2] that I find intriguing and it raises far more questions than answers.

I did not know that there was something called a PreparAthon[3] held by FEMA on April 30th. Did you? Supposedly the nationwide drills are for – get this – the catastrophic consequences of global warming. Right. Sure it is. I suspect that propagandic line is for the rubes, when in fact what the feds fear the most is an EMP attack or a massive cyber attack. DHS was just all abuzz over this drill evidently.

But what caught my attention, was the movement and inclusion of activities around a real underground bunker north of Charlottesville, Virginia on Peters Mountain. This not-so-secret bunker may just be the hidey-hole for feds and our nation’s intelligence operations when the Schumer hits the fan. It is the perfect bunker to protect those elitists and power mongers that matter, while everyday America devolves into barbarity and the die-off begins. 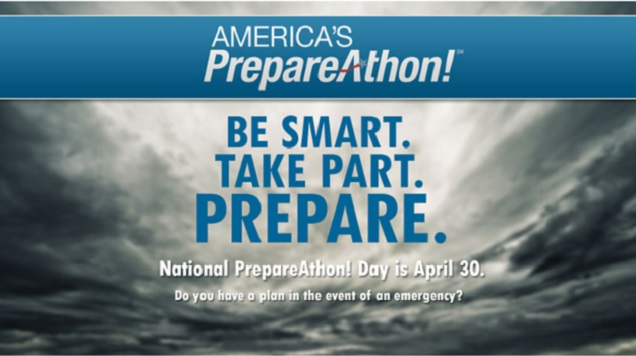 Meanwhile, FEMA and DHS held their PreparAthon[4] aimed at severe weather events due to climate change. Talk about a massive waste of money… unless of course those exercises provide cover for drills for threats of a much more serious and dire nature. Preparations for continuity of government[5] and all that entails once the barbarians breach our gates for real.

Would it surprise anyone that the government was stocking their bunkers and preparing for the worst? With nationwide riots, escalating nuclear threats, imminent global war, ISIS terrorist cells planted in every state, the growing threat of crippling cyber attacks and the all too real EMP catastrophe looming, it’s a virtual certainty that the government is preparing to save their own and ensure that they can continue to rule the roost even if the roost is devastated.

These massive preparations include our intelligence agencies – can’t go on existing without spies, now can we? I first learned of Peters Mountain from author and friend, Trapper Pettit and his fantastic book The Osprey Vendetta[6]. Hugely entertaining, but aside from a great read, Peters Mountain was woven into the storyline in that series of books as well.

But job descriptions, contracting documents, insider resumes, and furtive discussions with Washington sources reveal that this little-known “activity” is a $100-million-a-year disaster playpen. At its 24/7/365 Response Operations Center (at a classified location), watch officers provide what’s referred to as “situational awareness and crisis support” to the nation’s leaders; and when that fails, they evacuate to their classified alternate facility, which sources say is in Albemarle County in central Virginia.

There is really only one candidate—a mysterious facility atop Peters Mountain, roughly 16 miles east of Charlottesville—and it’s undergone a $61 million plus renovation since 2007.

What follows are some intriguing photos of Peters Mountain. This is property owned by AT&T, but it is government land. Oh, so many questions there… Not only has AT&T leaked our private conversations and information to the government, they are fully in bed with them as this would seem to most certainly attest to. On top of the mountain, on a helicopter pad, is the AT&T logo for the world and Google to see. 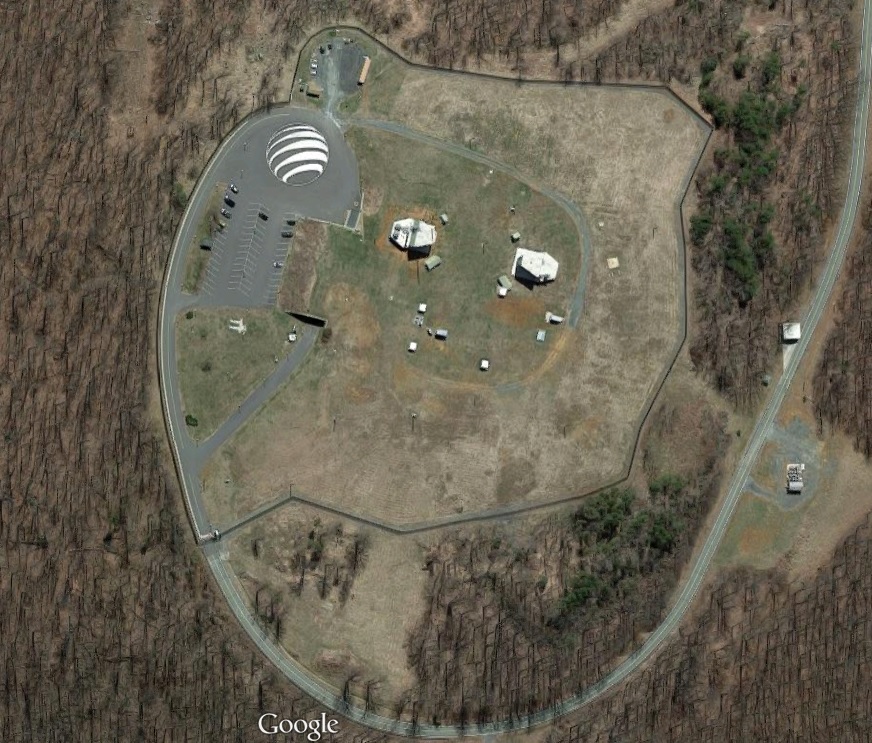 The plot of land is strangely listed as “vacant residential land” of no value. However, it does belong to AT&T. Land with no value that has had 10’s of millions of dollars of improvements over the last several years. Hmmmm. 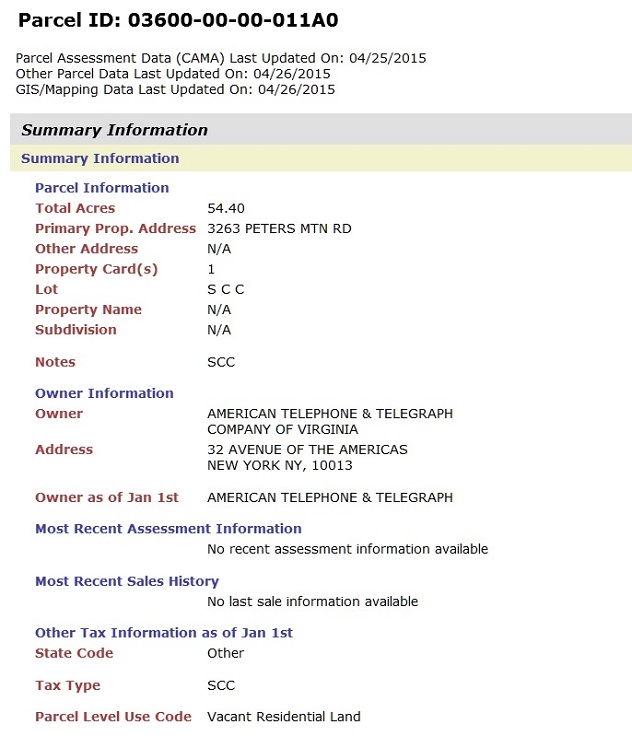 Zero Hedge points out that the building permits submitted since 2007 amount to $61,124,583.00 for interior and exterior alterations, including the building of the helicopter pad, a new bunker entrance, “alteration to interior spaces” and installation of two new satellite dishes.

I would say it is safe to assume that this property is something ‘other’ than residential and houses something deep inside. Why else would you need a bunker entrance? There are also a number of other buildings on the property along with a rather large parking lot. Just what is AT&T and the government up to?

Google and Bing each have satellite views of the mountain top, showing the same structures and the progress of construction since 2007. And I find these pictures just fascinating. On the right hand side you can see the parking lot and the bunker entrance. The two large building like structures could be air purification installments and ventilation. Just a guess. The structure must be buried deep within the mountain to protect from bombing etc. Dirt is an excellent protector. Although it doesn’t sport an outwardly military appearance, it reeks of it. 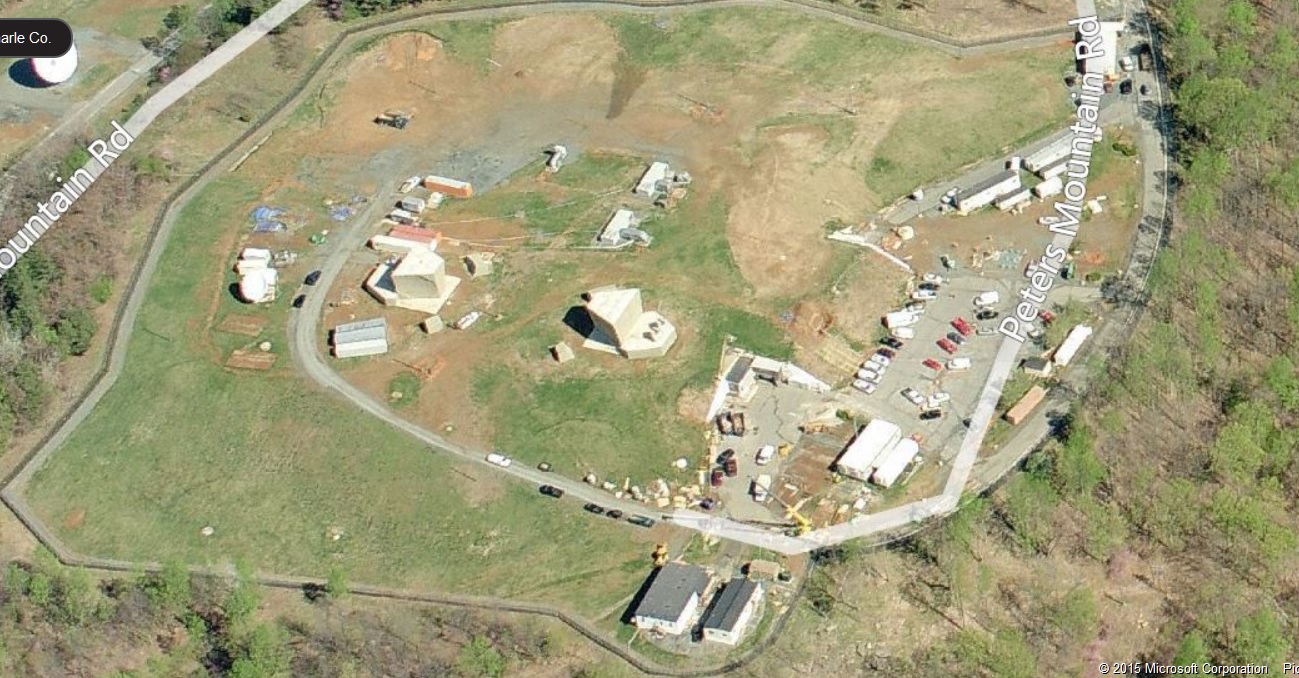 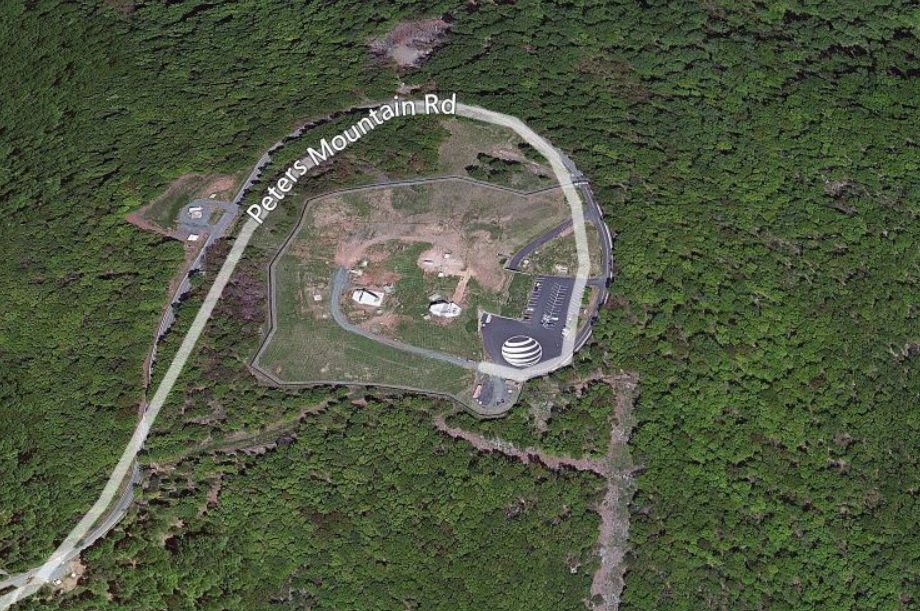 The two large structures on top of the mountain, to the left of the helicopter pad, are assumed to be vent stacks and hardened power and communications antennae. Two satellite dishes added after 9/11 are also now apparent, suggesting autonomous and enduring communications. Starting to get that ‘military’ feel yet?

Consider the Mormon’s Granite Mountain Vault[10] for document storage and how massive that is. You might also want to consider Perpetual Storage Inc.’s vault in Utah as well, which houses computer equipment, digital records, etc. Neither of these are set up as actual living bunkers. The scale inside Peters Mountain must be massive to provide for human living, food storage and growth, waste elimination, supplies of water and electricity, computer processing, medical provisions, defense provisions, etc. for hundreds, if not thousands, of people 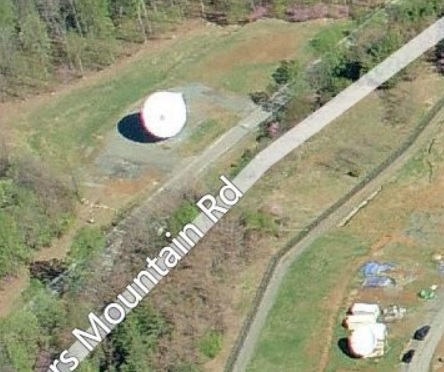 There is nothing that refers to NIEMA, the DNI or the intelligence community on record in that county. But of all the places that could hold hardened fortification, Peters Mountain more than fits the bill. Sources, according to Zero Hedge and Gawker, describe the national Warning, Alert and Mobilization System (WAMS) which would alert a select group of civilian executives from across the intelligence community to deploy to the bunker. The alert would come from “The Communicator” Automated Notification System and would take two forms: alerts for everyone and alerts for the “core” participants. Because Washington is notorious for traffic congestion, those so-called core participants, those who have to move away from Washington within minutes of notification, would congregate and board helicopters which would take them to the bunker.

Gawker even sent a driver to go up the road on the mountain. But when he encountered a “Road Closed – No Trespassing – Private Property” sign, he decided he would go no further. I guess he didn’t want to be shot or arrested. 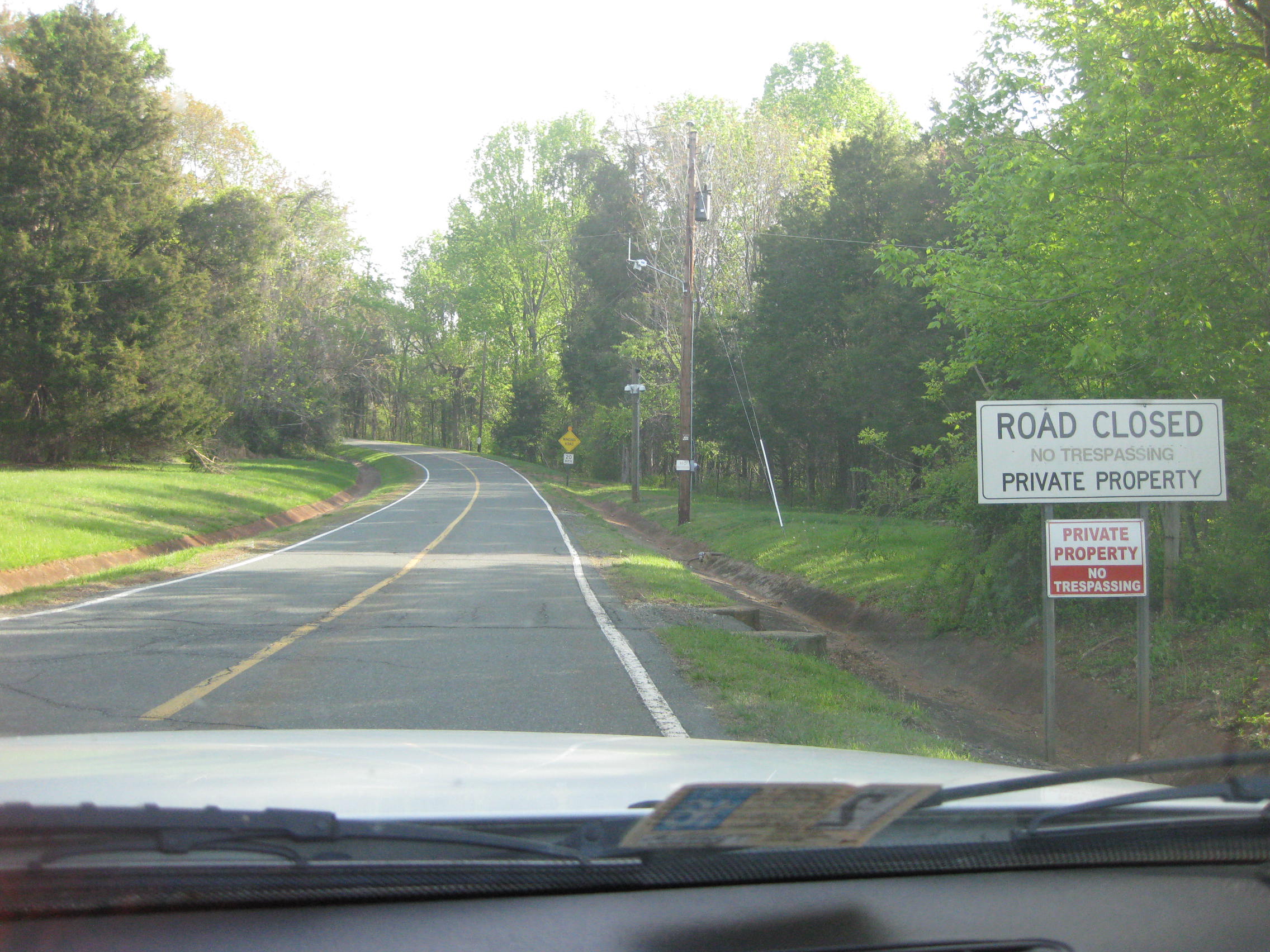 It appears to me that exercises at this bunker occur frequently and that along with Mount Weather, Raven Rock and the Olney bunkers, it’s stocked, primed and ready at a moment’s notice for those who would be fortunate enough to be invited in should the very worst happen.

Yep, I know this is the stuff of conspiracy theories… but ask yourself, with everything that is happening in America, do you honestly believe our government isn’t providing an escape plan for our so-called select leaders? Peters Mountain raises far more questions with me than answers. But the aerial footage is pretty self-explanatory to an extent and even their work permits specified a ‘bunker entrance.’ It doesn’t get much more obvious than that.

I’m sure I’m not the only one who has looked around and has noticed the government buying up food and weaponry, as well as supplies, etc. I keep wondering why the hurry? Do they know something we don’t? Why is the Fed fortifying its building in Chicago? And the kicker… NORAD just returned to Cheyenne Mountain[11]. In a refreshing twist, NORAD comes right out and says it is because of the EMP threat.

“Why the return?” write Henry F. Cooper and Peter Vincent Pry. “Because the enormous bunker in the hollowed-out mountain, built to survive a Cold War-era nuclear conflict, can also resist an electromagnetic-pulse attack, or EMP.”

While the Pentagon is moving to shield its global air defense command from being knocked out by an electromagnetic pulse (EMP) attack, the Obama administration has failed to act on urgent recommendations to protect the country’s civilian electronic infrastructure from a similar catastrophe, they write.

“An EMP strike, most likely from the detonation of a nuclear weapon in space, would destroy unprotected military and civilian electronics nationwide, blacking out the electric grid and other critical infrastructure for months or years,” Cooper and Pry write.

“The staggering human cost of such a catastrophic attack is not difficult to imagine.”

The likeliest source of such an attack would be North Korea or Iran, according to Cooper, former director of the Strategic Defense Initiative, launched by the late President Ronald Reagan, and Pry, executive director of the EMP Task Force on National and Homeland Security and a veteran of the Central Intelligence Agency.

Iran is a nuclear-ready state[13] with ballistic missiles capable of striking the United States now, Cooper, Pry and and two other Reagan administration alumni wrote in an op-ed for Newsmax in February.

In the Journal, Cooper and Pry reiterate that “Iran should be regarded as already having nuclear missiles capable of making an EMP attack against the U.S.,” noting, “Iran and North Korea have successfully orbited satellites on South-Polar trajectories that appear to practice evading U.S. missile defenses, and at optimum altitudes to make a surprise EMP attack.”

So, consider this… if the military fears an EMP from Iran (or Russia or China) and is prepping like hell for it, why is our President striking deals with them? That’s treasonous in my book. These same leaders who make fun of bloggers warning on the power grid and its vulnerabilities and preppers who preach preparedness, are the same leaders who won’t harden the electric grid and take it off the Internet where it is vulnerable, while prepping bunkers where they can run to when it all goes south. Sounds to me as if the elitists are all for the continuity of government and the fall of America… right into the clutches of a global government construct.