Here is another liberal professor who imagines he is above the law, I guess. Several Berkeley students have banded together to accuse a professor of sexual harassment and the way he carried out that harassment seems clearly calculated to give him cover in order to insist he actually wasn’t harassing them. Worse, even though the school found at least one complaint against him to be “credible” he still has not had any action taken against him.

Nicole Hemenway, 24, a recent graduate of Berkeley, charged that her South Asian Studies prof came on to her repeatedly, inappropriately touching her, calling her intimate names in an unwanted manner, and all the while insisting she remain quiet about his behavior so he won’t “lose his job.” 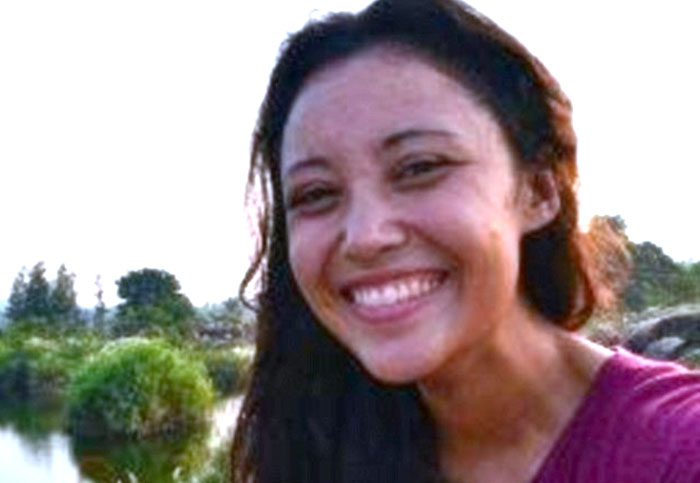 Berkeley graduate Nicole Hemenway is now charging that a professor sexually harassed her for over a year.

But how he went about his harassment seems very calculated, if we are to believe his several accusers. As the Daily Mail[1] reports, here is how he conducted his sly sexual harassment:

Early into their academic relationship Wentworth pulled Hemenway aside as she left class, she said. She claims he was in tears and told her other students were complaining that he had ‘harassed’ them.

He took Hemenway behind a building, she said. There he allegedly told her not to report if he ever made her feel uncomfortable because he could lose his job.

He also called Hemenway a ‘gorgeous young woman’ and said other men in the department thought she was an ‘obvious target’ for sexual harassment, according to a complaint obtained by the Guardian.

He allegedly said other men were ‘jealous that such beautiful young women are always coming and going from my office’.

During a private meeting in Wentworth’s office, he told Hemenway he was interested in pursuing a romantic relationship with her after she graduated, it is claimed.

‘I will always honor professor-student boundaries. Once you graduate, that’s an entirely different scenario. I look forward to the day when you graduate… But until then, just know that I will never come onto you or make you feel uncomfortable. Got that, honey?’ the Guardian reported, quoting a complaint made by Hemenway.

According to Hemenway, Wentworth called her ‘honey’ and ‘honey bear’ repeatedly and put his hands on hers while complimenting her and staring deep into her eyes.

Wow. Notice how all the while he was proclaiming his innocence and trying to gain her sympathy claiming he was the one being harassed, but he was also making it clear that she could jump in bed with him whenever she wanted!

The Berkeley grads charging the prof are, of course, claiming they have mental anguish, but whatever their problems are or aren’t, with all the talk of a “campus rape culture” going on, let’s see how Berkeley handles this one!