BREAKING: U.S. State COLLAPSING Under The Weight Of Liberal Policies

Liberals are wailing and gnashing their teeth about Donald Trump, but it might be a good idea for them to look in their own backyards first. Liberal states aren’t doing too well for themselves, as can be clearly evidenced by that liberal mecca of California[1]. 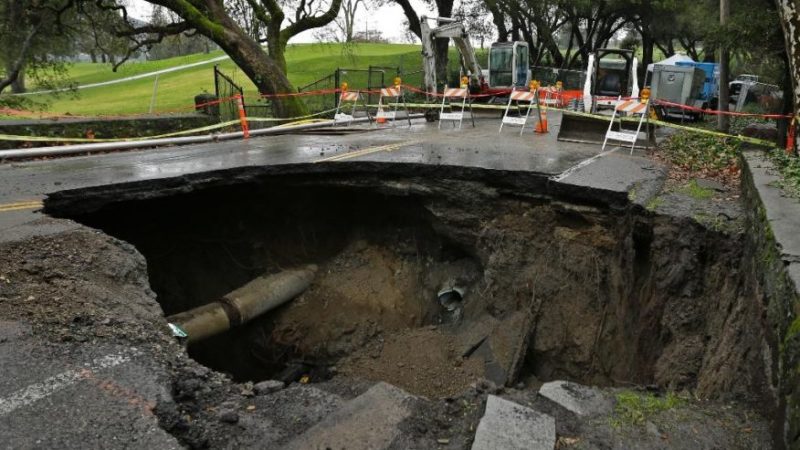 Some liberals have been so incensed by the election of Donald Trump and the Republican takeover of Congress that they’ve begun floating the idea of a CalExit — of letting California leave the United States and become its own, independent, country. But would that really be a good idea?

According to Thomas Del Beccaro, writing in “Forbes”, California’s liberal policies have done serious damage to the state’s infrastructure. Highways are collapsing because of unexpected rain. Sinkholes appear in major cities, like Los Angeles, for the same reason. There was the catastrophic situation with the Oroville Dam, a break in the Central Valley levee and dams overflowing.

Water is also a major issue in California too, according to none other than the EPA itself. The current water system was designed for half the population that’s currently living in California and there isn’t enough water to store and supply what is needed for California’s residents and businesses. Three years ago, the EPA said it would cost an estimated $44 billion to correct the infrastructure problem.

California’s infrastructure is crumbling, but politicians aren’t spending money to fix it. Instead, it’s going towards things like social issues, sanctuary cities and fighting global warming. California Governor Jerry Brown is more concerned with building a high-speed rail system than he is with solving the infrastructure problems he already has. “According to Brown and the Democrats, the answer is: fight for future immigrants, refugees, sanctuary cities, social issues and global warming. Social justice for all – in other words – served on high speed rail,” Del Beccaro wrote.

So sure, California could pull a CalExit and form their own country. But the state is such a mess as it is that doing so would surely be a disaster. Leaving the United States would mean California would no longer be able to rely on federal funding to clean up their messes. It would no doubt be a catastrophe of epic proportions.